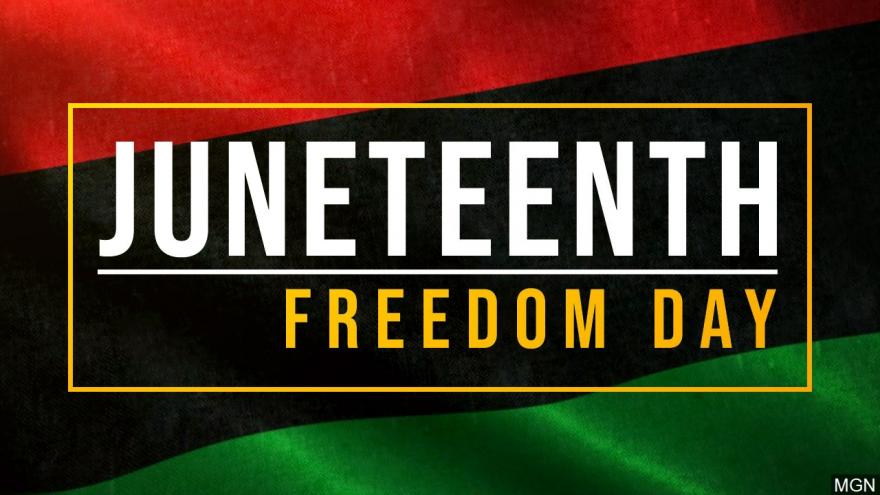 (CNN) -- Republican Sens. James Lankford of Oklahoma and Ron Johnson of Wisconsin are proposing to replace the federal observance of Columbus Day with Juneteenth.

Unlike other measures, the new proposal would keep the number of federal holidays the same by eliminating October's Columbus Day.

A bipartisan group of lawmakers in both the House and Senate have backed legislation to create Juneteenth as a federal holiday, both of which have been co-sponsored by members of the Congressional Black Caucus. House legislation by Democratic Rep. Sheila Jackson Lee of Texas enjoys a lengthy list of bipartisan co-sponsors.

In a statement released Wednesday, Lankford and Johnson praise the aims of the Juneteenth legislation -- but emphasize the cost of creating another paid federal holiday without eliminating one.

"In response to a bipartisan effort to give federal workers another day of paid leave by designating Juneteenth a federal holiday, we have offered a counterproposal that does not put us further in debt," said Johnson. "We support celebrating emancipation with a federal holiday, but believe we should eliminate a current holiday in exchange."

Democratic lawmakers have long called for the recognition of Juneteenth as a federal holiday. In spite of a push by activists and lawmakers over the years, the plan has never made it through both chambers.

The day commemorates June 19, 1865, when Union Army Maj. Gen. Gordon Granger rode into Galveston, Texas, and told slaves of their emancipation. Forty-seven states and the District of Columbia mark June 19 as a state holiday or observance. Communities across the country celebrate it with food and festivities.

Columbus Day -- a holiday ditched by several states and dozens of municipalities in favor of Indigenous Peoples' Day -- was chosen by the pair to eliminate "as a holiday that is lightly celebrated, and least disruptive to Americans' schedules," Johnson said.

The observance of Columbus Day and the approbation of Christopher Columbus have come under fire as racial reckoning occurs across the country following the death of George Floyd.

Columbus has long been a contentious figure in history for his treatment of the Indigenous communities he encountered and for his role in violent colonization at their expense. In recent years, many cities and states -- such as Minnesota, Alaska, Vermont and Oregon -- have replaced Columbus Day with Indigenous Peoples' Day, in recognition of the pain and terror caused by Columbus and other European explorers.