Got a package you didn't order? It could be a scam 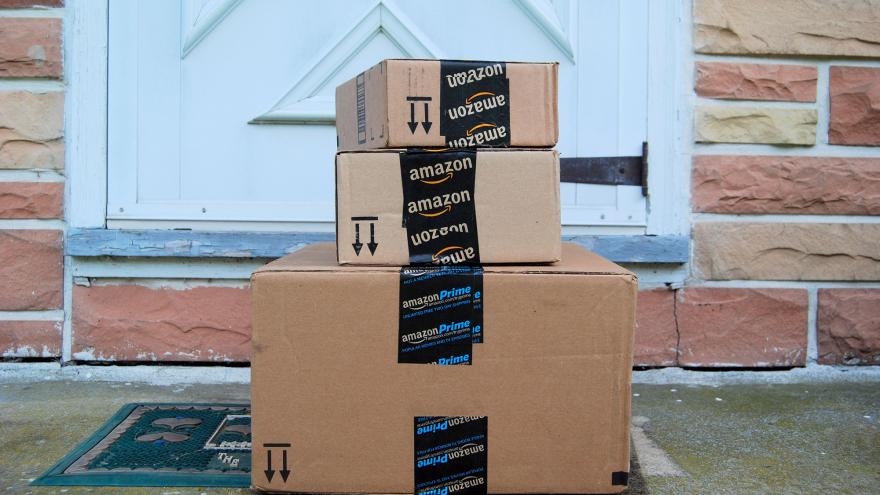 Most people who buy things online just have to worry about their deliveries being delayed or never arriving. But some people are dealing with a different problem altogether: getting weird stuff like hair clippers, face creams and sunglasses they never even ordered at all. - Shutterstock

(CNN) -- Most people who buy things online just have to worry about their deliveries being delayed or never arriving. But some people are dealing with a different problem altogether: getting weird stuff like hair clippers, face creams and sunglasses they never even ordered at all.

The Federal Trade Commission and cyber experts have been warning consumers about these deliveries, which can be part of something known as "brushing" scams.

Here's how these scams work: Third-party sellers on Amazon, eBay and other online marketplaces pay people to write fake, positive reviews about their products, or do it themselves. To be able to post the reviews, these so-called "brushers" need to trick the site into making it appear that a legitimate transaction took place. So they'll use a fake account to place gift orders and address them to a random person whose name and address they find online. Then, instead of actually mailing the item for which they want to post a review, the brushers will send a cheap, often lightweight item that costs less to ship.

Sending an item (even the wrong one) creates a tracking number, and when the package is delivered, it enables brushers to write a verified review. If you're on the receiving end, you usually aren't charged for the purchase and your real account isn't hacked — but you are left in the dark as to who is repeatedly sending the mystery packages. In many cases, there's no return address. You don't need to worry that anything bad has happened to you or will happen to you if you get a package that might be part of a brushing scam, experts say. But we all need to be concerned about the scams affecting reviews we rely on when buying products.

Brushing scams reportedly took off on e-commerce sites in China around five years ago. They resurfaced in headlines last summer, when all 50 states issued warnings about mysterious, unsolicited packages of seeds that people across the nation received in the mail.

But it's not just seeds. Unsuspecting recipients have also found boxes with goods ranging from dog pooper-scoopers to power cords to soap dispensers on their doorsteps.

Jen Blinn of Thousand Oaks, California, told CNN Business she has been receiving random packages since June, including most recently a briefcase, a backpack, a hair straightener and a coffee-cup warmer.

"Every two weeks...I get another package in the mail of just random stuff I never ordered," she said. Blinn notified Amazon of the issue, but a customer service agent "didn't really understand what I was saying. She obviously didn't know about it," she said. The agent looked at Blinn's account and found nothing wrong with it.

It's not illegal to send customers unordered merchandise. But "the [Federal Trade Commission] has long gone after marketers that use fake reviews," said David Vladeck, a former director of the FTC's Bureau of Consumer Protection and a law professor at Georgetown University.

Amazon says its policy prohibits sellers sending unsolicited merchandise to customers, and that sellers can be removed from the site for doing so.

"Third-party sellers are prohibited from sending unsolicited packages to customers and we take action on those who violate our policies, including withholding payments, suspending or removing selling privileges, or working with law enforcement," an Amazon spokesperson said in an email. Amazon would not say how how many brushing scams have been found on the site or how many sellers have been removed due to these scams.

An eBay spokesperson said in an email that brushing schemes "do not appear to be highly prevalent" on the site. It violates eBay policy to send unsolicited merchandise to customers or falsify reviews and can result in eBay restricting sellers' accounts or suspending them from the site.

Experts also say it's difficult to quantify the frequency of such scams because it can be hard for companies to know whether reviews are fake, and scams often go unreported by consumers.

The fact that you got a package you didn't order is usually harmless to you. The harm is to people who rely on reviews when deciding on a purchase, said Chris McCabe, a former policy enforcement investigator at Amazon tasked with stopping scams and fraud. He is now a consultant to sellers on the site.

"The real losers here are the consumers who are possibly believing many of these fake positive reviews, or this artificial padding of reviews, because they might see 100 positive reviews, and then there may only be 60 or 70 of them that are legitimate," he said.

Some fake reviews are also being driven by Facebook groups where sellers offer buyers money if they write positive product reviews, said McCabe. Amazon and Facebook should work together to crack down on these groups, he said.

An Amazon spokesperson said that the company analyzes more than 10 million reviews every week to try to keep fake ones from being published and that it provides details of its investigations to social media companies "so they can stop these bad actors from abusing their platforms."

A Facebook spokesperson said in an email that when the company is told of groups that may encourage fake reviews, it reviews them and removes them if they violate its policies.

For consumers, the unexpected deliveries can be jarring. The packages Ashanté Nicole never ordered started arriving at her home in Fort Lauderdale, Florida, in 2019.

They didn't have return addresses, so Nicole wasn't sure who was sending the packages. She reached out to Amazon to try to stop them from coming, but they still keep arriving at her doorstep.

"It was just kind of a little bit concerning because I don't know who has my information," she said. "I don't know what they're going to send me. Like they could send something illegal and then I'm in trouble because I didn't know whoever that person was or what they were sending me."

If you get merchandise you didn't order, it could mean that scammers have created an account in your name or taken over your account, an FTC spokesperson said in an email. Scammers may have even created new accounts in other names tied to your address, allowing them to post lots of seemingly-real reviews.

"We recommend keeping an eye on your online shopping accounts. If you spot activity that isn't yours, report it to the site right away, and think about changing your password for that site," the spokesperson said.

Nicole feels she has done all she can by alerting Amazon each time unsolicited packages from the retailer arrive at her doorstep.

"There's literally nothing I can do besides tell Amazon every time it happens. And that hasn't really done much," she said.

Amazon declined to comment directly on Nicole and Blinn's accounts, but said if a customer receives a package that was unsolicited, they should contact Amazon's customer service team.

Nicole said she hopes Amazon will do more to stop brushing and ban sellers who participate in the scams.

"I just think they need to be a little bit more concerned with shutting those stores down and making sure those sellers can't use the platform."