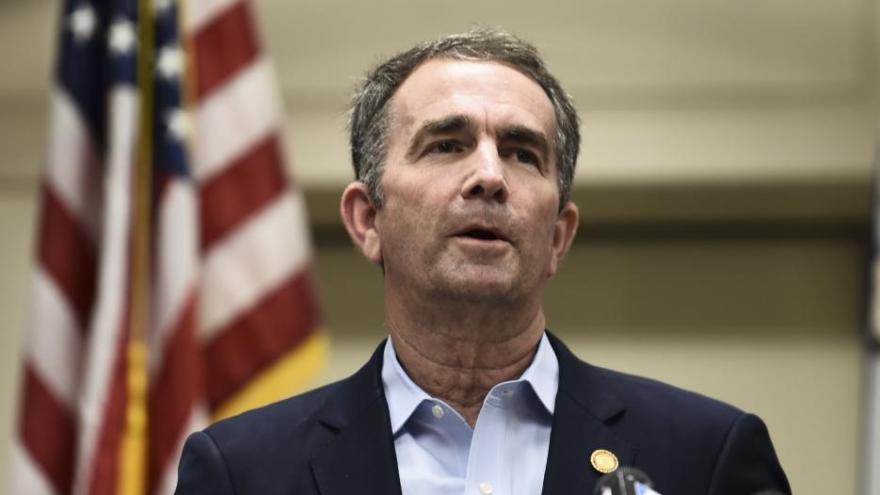 Virginia Governor Ralph Northam speaks to the press about a mass shooting on June 1, 2019, in Virginia, Beach, Virginia. Northam is among governors from New York, Pennsylvania and Delaware who have turned down requests from Defense Secretary Mark Esper to offer National Guard troops to help with security in Washington, DC.

In some instances, the Defense Department was counting on troop support from those states before the governors intervened.

"I can confirm that personnel from the NY National Guard were expected to move to DC last night, but permission was withdrawn by the governor," Lt. Col. Chris Mitchell, a Pentagon spokesman, said Tuesday morning.

"I don't know what requests they've gotten, but I can tell you this, I wouldn't grant any request to send National Guard out of the state at this time because I want them in this state in case we need them," Cuomo said.??

Another Pentagon official told CNN that support was expected from Delaware as well, but troops were diverted to Wilmington.

CNN has reached out to Delaware Gov. John Carney's office for comment.

In Virginia, an official with a direct knowledge of the deliberations said Gov. Ralph Northam, a Democrat, made the decision not to send troops after consulting with Washington, DC, Mayor Muriel Bowser and her office. Boswer's team told Virginia officials that they had not requested any additional assistance. On CNN's "New Day" Tuesday morning, Bowser confirmed her office had nothing to do with any request for help.

In addition to being concerned about needing the troops in his own state to deal with violence in Virginia cities, Northam was also concerned about contributing to the response in Washington after President Donald Trump's call with governors on Monday, in which he lambasted them over what he said were insufficient responses to unrest in the wake of George Floyd's death.

"When it became clear that our troops would be under the command of the attorney general and not Mayor Bowser, we decided that it was not in our best interest to take part," the Virginia government official said. "The call with governors made it clear that the President was interested in escalating the situation and the governor did not think that was responsible."

Pennsylvania state officials also confirmed that they, too, turned down the request out of concern for the need of troops to deal with issues in their state.

"Pennsylvania did receive this request. The National Guard currently has significant resources deployed across Pennsylvania. Their current priority is assisting commonwealth municipalities in their response to de-escalate violence and keep our communities safe," said Lyndsay Kensinger, a spokeswoman for Pennsylvania Gov. Tom Wolf.

On Monday, Trump intensified his rhetoric about using military forces to "dominate" protesters and wished aloud there was an "occupying force" in cities across America during a call with governors where he urged a tougher response to protests. Later, law enforcement officers fired what appeared to eyewitness accounts to be rubber bullets at a peaceful crowd outside the White House and smoke filled the air. A spokesman for the Pentagon told CNN Tuesday the National Guard did not fire tear gas or rubber bullets.

A group comprised of service members who hold civilian jobs and train part-time, the National Guard are usually deployed in their home states by governors or the federal government who decide the length of each mission. They can perform law enforcement actions when under the command of state governors unlike the active military, which is forbidden by law from doing so unless the President invokes the Insurrection Act.