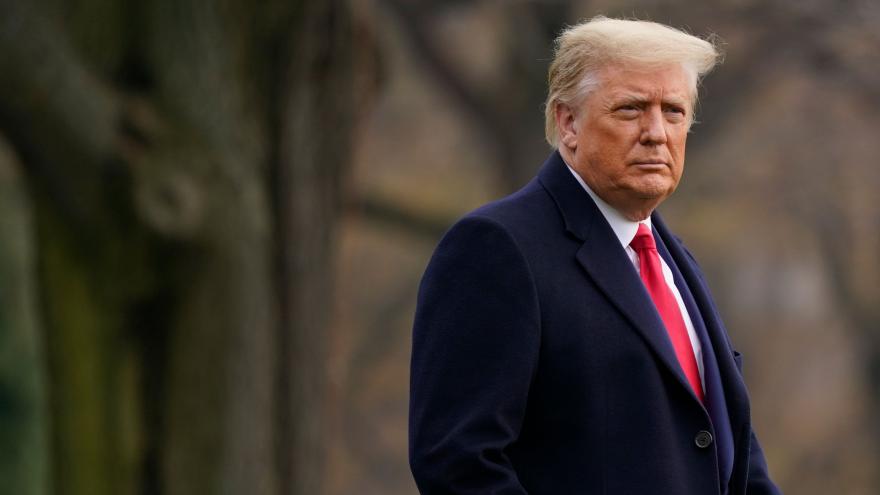 (CNN) -- Republican Sen. Lindsey Graham said Sunday that he spoke to former President Donald Trump after his acquittal in his second impeachment trial and that Trump is "excited" about the midterms in 2022.

"I spoke to him last night; he was grateful to his lawyers. He appreciated the help that all of us provided. You know, he's ready to move on and rebuild the Republican Party," Graham told Chris Wallace on "Fox News Sunday." "He's excited about 2022. And I'm going to go down to talk with him next week, play a little golf in Florida. And I said, 'Mr. President this MAGA movement needs to continue, we need to unite the party.' "

As Trump was seen golfing Sunday at his course in West Palm Beach, Florida, the Republican Party is grappling with how the former President fits into the future of the GOP.

The Senate vote on Saturday highlighted the dilemma Trump has posed to most congressional Republicans in the aftermath of the January 6 riot at the US Capitol, with many GOP senators eager for the party to move on from Trump but wrestling with the fact that he is still popular with the party's base. It's an issue the party will face heading into the 2022 midterm elections, when it seeks to regain control of Congress, and the 2024 GOP presidential primary.

Graham, a staunch ally of the former President voted to acquit Trump on Saturday of inciting an insurrection on January 6.

GOP Sens. Richard Burr of North Carolina, Bill Cassidy of Louisiana, Susan Collins of Maine, Lisa Murkowski of Alaska, Ben Sasse of Nebraska, Pat Toomey of Pennsylvania and Romney voted against Trump but the total vote among senators of both parties fell short of the two-thirds threshold required to convict -- leading to Trump's acquittal.

Perhaps the biggest surprise vote among Republicans was Burr, the former Senate Intelligence Committee chairman who led the Senate's Russia investigation, after he voted earlier in the week that the trial was unconstitutional. Both Burr and Toomey are retiring from the Senate at the end of 2022.

Graham said Sunday that Trump is "mad at some folks." The South Carolina Republican added that he wants to take back the Senate in 2022 and the party needs Trump to achieve that goal.

"We can't do that without Donald Trump so he's ready to hit the trail and I'm ready to work with him," he said.

Asked about Senate Minority Leader Mitch McConnell's speech on the chamber's floor Saturday in which he directly blamed Trump for fomenting last month's riot, Graham said he was "a bit surprised."

"He got a load off his chest, obviously. But unfortunately he put a load on the back of Republicans. That speech you will see in 2022 campaigns," Graham said. "I like him, Senator McConnell. He worked well with President Trump."

Graham also continued to defend Trump against the impeachment charge, saying Trump's speech did not incite violence at the Capitol.

"In terms of the law, no. He bears responsibility of pushing narratives about the election that I think are not sound and not true. But this was politically protected speech. The speech on January 6th was not an incitement to violence," the senator said.