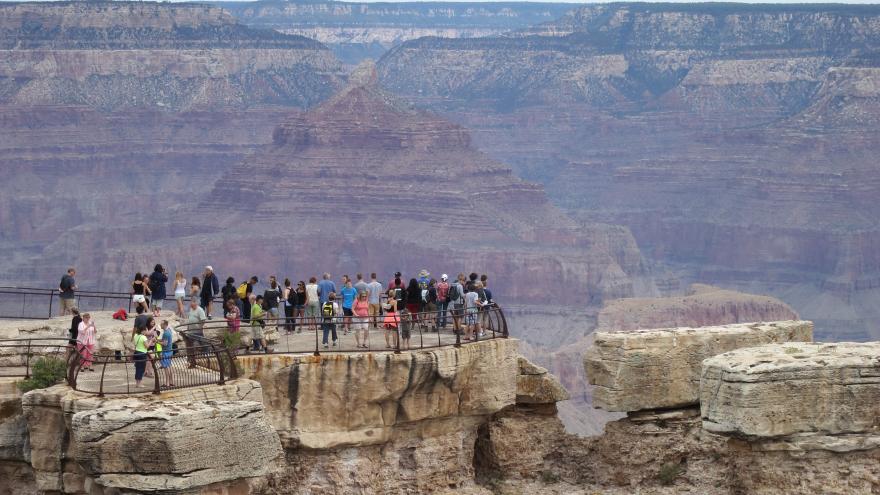 By Katia Hetter, Marnie Hunter and Cheri Mossburg, CNN
(CNN) -- Another iconic American park is closing to the public due to coronavirus.

The National Park Service says they are closing based on the recommendation of the Chief Health Officer in Coconino County, Arizona.

That's in accordance with the agency's plan to modify operations on a "park-by-park basis," using guidance from state and local public health authorities and the Centers for Disease Control and Prevention, according to a notice on the NPS website.

"The Department of the Interior and the National Park Service will continue to follow the guidance of state and local health officials in making determinations about our operations," Interior Secretary David Bernhardt wrote in a press release.

The park already had been operating with very limited services, but had resisted a call from The Coalition to Protect America's National Parks and other groups to close down entirely in the interest of public safety.

"At Grand Canyon National Park, where almost all basic services in the park are closed, hundreds of visitors congregate at popular view-points every day," wrote Phil Francis, the coalition's chair in a March 31 letter to Bernhardt. "It simply defies logic and human behavior to think that people who have driven long distances to see the Canyon would not park and stand in clusters at such sites."

Yosemite National Park in California, Arches and Canyonlands in Utah, Grand Teton in Wyoming and Yellowstone (which is located in Idaho, Montana and Wyoming) are also among the big headliner national parks that have closed to visitors.

On Thursday, April 2, Cumberland Island National Seashore off the coast of Georgia announced that it will close Friday to all park visitors until further notice. "This includes park facilities, grounds, trails, docks, and beaches," the seashore announced in a statement.

There's no national shutdown of all 419 national park sites, which would cover more than 85 million acres of national parks, seashores, lakeshores, battlefields and more, in all 50 states, the District of Columbia and several US territories.

The National Park Service is waiving entrance fees at parks that remain open during the coronavirus pandemic in an effort to aid public social distancing.