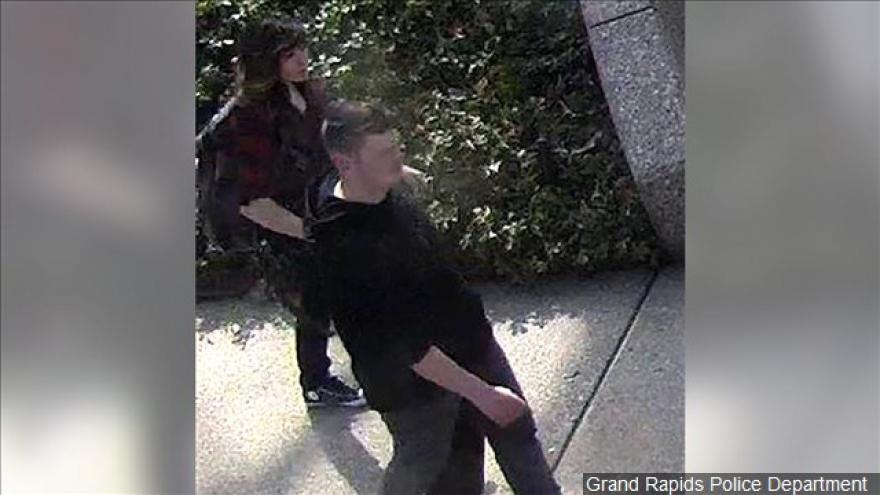 Police are seeking to identify two people who are believed to have defaced the gravesite of President Gerald Ford and Betty Ford at the Gerald R. Ford Presidential Library and Museum in Grand Rapids, Michigan. Photo courtesy Grand Rapids Police Department 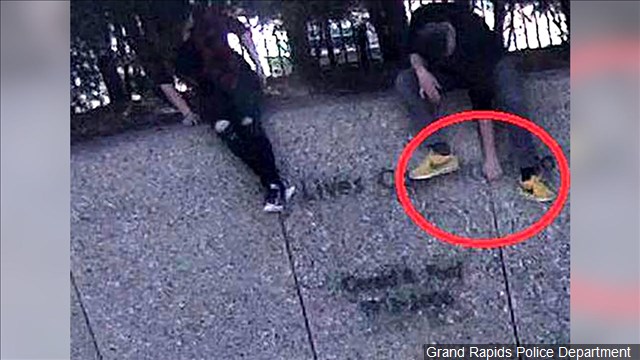 The man appears to be marking or digging into the gravesite panels that say, "Lives Committed to God, Country and Love." Grand Rapids Police Department

Police released a photo of a man and a woman sitting on a wall. The man appears to be marking or digging into panels that say, "Lives Committed to God, Country and Love." The woman kicked her skateboard into the panels.

The incident occurred on March 27.

The Fords are buried outside a museum that is dedicated to Gerald Ford's presidency. He died in 2006. Betty Ford died in 2011.