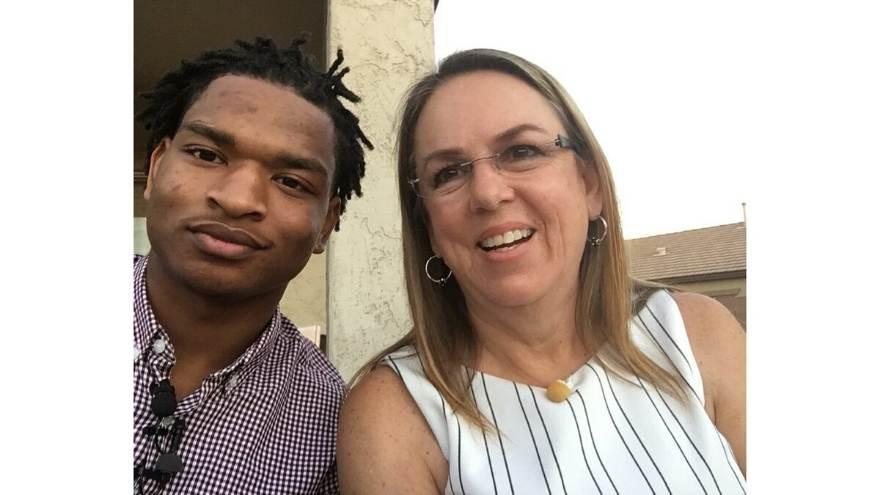 (CNN) -- Wanda Dench and Jamal Hinton are a pair of unlikely friends. All it took to bring them together was a couple of texts to the wrong number.

Dench meant to text her grandson to invite him to her 2016 Thanksgiving dinner, but she reached Hinton instead. Then she doubled down on the invitation, and he showed up to her house for a plate full of turkey.

This year, the pals will reunite for their fourth Thanksgiving feast. With their partners in tow, they'll play board games, eat plenty of green bean casserole and catch each other up.

"We don't watch TV or anything. We just sit at the table for a couple of hours and talk the whole time and tell stories and see how we've been," Hinton told Time ahead of their 2019 meal.

How it all started

Dench, a grandmother of six based in Mesa, texted then 17-year-old Hinton while he was in class at his Phoenix high school. He was confused that someone claiming to be his grandma had texted him.

She sent a smiling selfie of herself at work. She wasn't his grandma, but he asked if he could still have a plate.

"Of course you can," she replied. "That's what grandmas do...feed everyone!"

So he showed up at her home to share the meal. It was a splashy occasion -- a local TV crew showed up to document their meeting. The two were fast friends.

Hinton sang her praises, too: "She's a great cook and she's a great person to just hang out with," he told Time.

The two have remained close since sharing their first turkey dinner, and their friendship isn't limited to the Thanksgiving table. Dench and her husband visited a pumpkin patch with Hinton and his girlfriend in October, and Hinton told the New York Post he regularly texts the grandmother to keep each other updated.

They're not sure just how they'll spend this year's holiday, since Hinton just moved into a new apartment with his girlfriend in Tempe. But on Twitter, he teased a YouTube video to document the reunion.

"We are both very happy and grateful that we could be the centerpiece to such an amazing story and bring joy and faith in so many different people," he said.