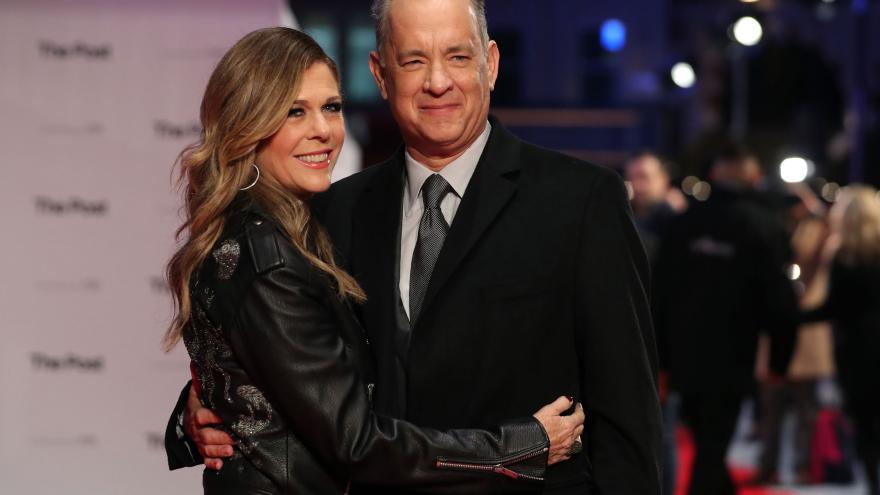 (CNN) -- Tom Hanks is already known as America's Dad. Now, he could be Greece's, too.

"Tom Hanks is a person who showed real interest in the people who suffered from the fire in Mati and promoted this issue in the global media," said Greek Interior Minister Takis Theodorikakos in a statement to CNN, referring to the fires that devastated areas in Greece's Attica region last July.

The minister added that Hanks "promotes Greece through his frequent visits during summer in Antiparos where he owns property."

Hanks and his wife, Rita Wilson, also produced a number of films based on Greece and the Greek community, including "My Big Fat Greek Wedding," "Mamma Mia!" and both of their sequels.

Wilson is Greek through her mother and was raised Greek Orthodox.

But the decree doesn't make Tom Hanks a Greek citizen yet. The actor and his family "must give an oath to the minister of the interior within one year" to become Greek citizens, according to Theodorikakos.

According to the Greek citizenship code, honorary naturalization can be granted to a "foreign national who has offered special services to Greece or if his or her naturalization may serve the country's interest."