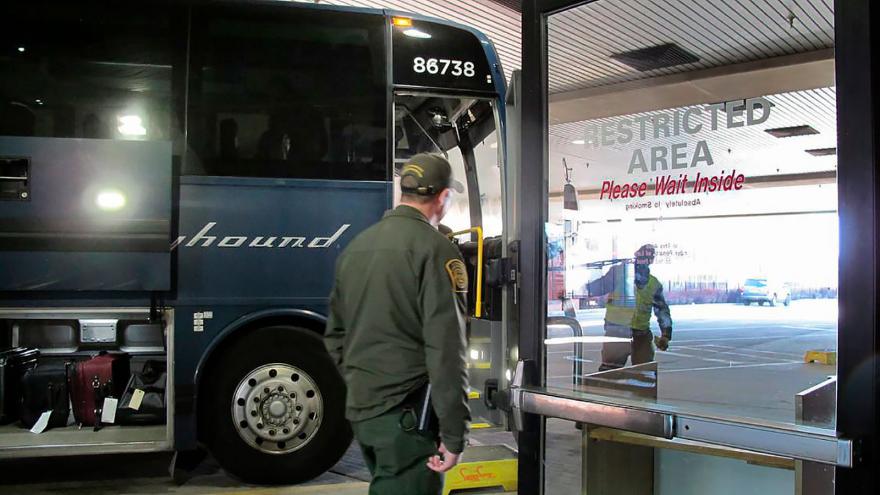 (CNN) -- Greyhound will not allow US Customs and Border Protection agents to conduct searches on its buses without warrants, the company announced.

Greyhound will give its drivers and employees updated training in response to the policy change, it said Friday in a statement, and put stickers on its buses making its position clear.

The company will also notify the Department of Homeland Security in a letter that "we do not consent to warrantless searches on our buses and in terminal areas that are not open to the general public," the statement said.

"Our primary concern is the safety of our customers and team members," it added, "and we are confident these changes will lead to an improved experience for all parties involved."

Greyhound had faced pressure from critics, including the American Civil Liberties Union, who wanted the company to stop allowing federal agents on its buses, arguing the agency had a history of subjecting passengers to racial profiling in unjustified interrogations.

Greyhound had publicly called for an end to the practice in 2018, saying it "negatively impacted both our customers and our operations." But it conceded at the time that the searches were legal.

Friday's announcement came a week after the Associated Press reported on an internal Customs and Border Protection memo that said Border Patrol agents must have consent from the company to conduct searches.

The memo reported by the Associated Press was a reiteration of policy, a CBP official told CNN, to remind the workforce of protocols that require agents to ask for consent before boarding a bus when they don't have a warrant.

Border Patrol agents have been trained at the academy on the protocols to ask for consent for years. This memo was a reminder of the existing policy, the official said.

In a statement to CNN, a CBP spokesperson said, "While CBP does not comment on materials asserted to be leaked internal memos, management regularly disseminates information to reinforce existing protocols."

Border Patrol agents have engaged in enforcement operations at transportation hubs for decades, the spokesperson said.

"Enforcement operations away from the immediate border are performed consistent with law and in direct support of immediate border enforcement efforts," the spokesperson said, "and such operations function as a means of preventing smuggling and other criminal organizations from exploitation of existing transportation hubs to travel further into the United States."

Greyhound said that it welcomed "the clarity that this change in protocol brings, as it aligns with our previously stated position which is that we do not consent to warrantless searches."