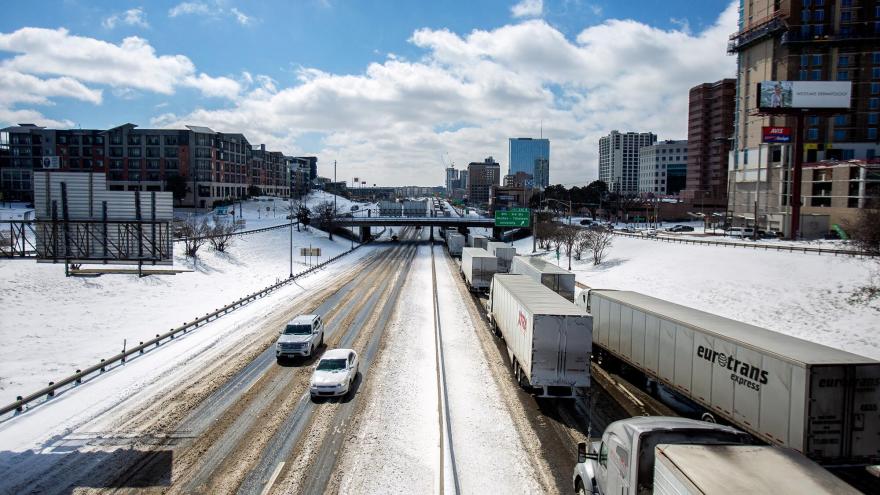 Millions of Texans were left without power as the storm impacted the state's power grid, creating life-threatening conditions in freezing temperatures. At least 111 people died.

In March, the attorney general filed a lawsuit against Griddy Energy and Griddy Holdings for "false, misleading, and deceptive advertising and marketing practices" after the company sent alarmingly high electricity bills to customers.

Instead of charging a fixed-rate electric plan, Griddy Energy offered customers a wholesale electricity rate, leaving customers with massive energy bills when the storm caused the price of energy to skyrocket for days on end.

At least one customer said they received a bill of nearly $10,000.

In response to the legal actions arising out of the winter storm, Griddy Energy filed for Chapter 11 bankruptcy protection the same month.

"This settlement, along with Griddy's confirmed bankruptcy plan of liquidation, releases former Griddy customers from any and all outstanding balances otherwise due and owing to Griddy, unless they elect to opt out of the release," according to a press release from Paxton's office.

Former customers who already paid for their bills will be able to pursue a legal claim in bankruptcy court to get reimbursed.

"The settlement also permanently enjoins Griddy and its parent company, Griddy Holdings, from making any false or misleading statements in the advertising of retail electricity," the release adds.

"...My office engaged in good faith negotiations with Griddy Energy, LLC to provide some relief after they filed for bankruptcy," Paxton said in a statement. "I am pleased with the result of those negotiations, and I will continue to fight to protect the livelihoods of all who live in this great state."

CNN has reached out to Griddy Energy for a comment.