Groundcherries, the latest modified fruit scientists want you to try 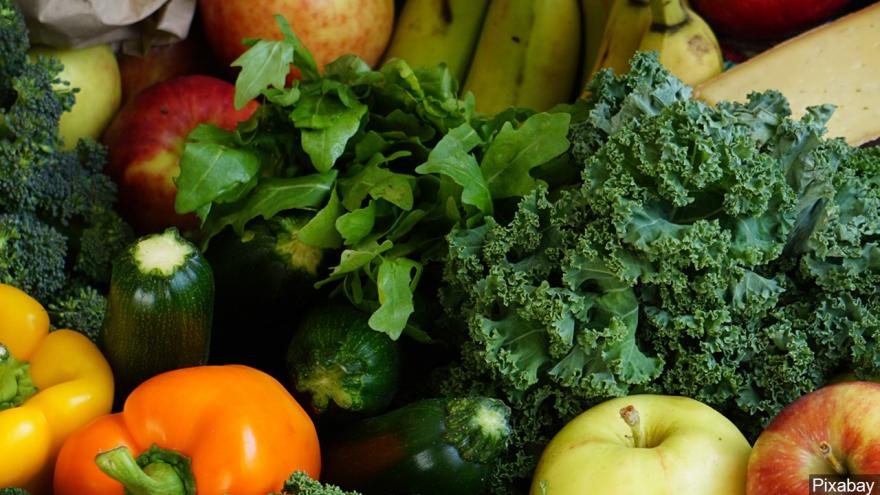 (CNN) -- It can taste like pineapple but also like vanilla. It comes across as "tropical" but also has undertones of tomato. Researchers say its smell can be "intoxicating," but you've probably never heard of it.

It's called a groundcherry, and if scientists have their way, you'll be able to find it in groceries stores in the United States within a few years.

The fruit is about the size of a marble and can sometimes be found in Central and South America. But few in the United States have ever tasted one. It's difficult to grow, often falling to the ground before it's fully ripe, hence its name. And though groundcherries are high in vitamins, protein and fiber, they're not quite as sweet as other popular fruits such as strawberries.

With the help of gene editing, all that could change. According to a study published Monday in Nature Plants, researchers have made groundcherries that are larger and easier to grow than those found in the wild. They hope to one day domesticate the fruit and bring it to the US market.

"We targeted genes that we knew from our experience could make the plant more compact and manageable," said Joyce Van Eck, a researcher at the Boyce Thompson Institute, an independent affiliate of Cornell University. "Farmers have been saying, 'if you can just get them to behave, we'd be growing acres of these.' "

Her team looked to tomatoes, which have been grown for thousands of years, and identified changes in their genes that made their domestication possible. They then used CRISPR, a gene-editing technique, to make similar changes in the DNA of groundcherries.

For example, a mutation in a certain tomato gene makes the fruit particularly easy to grow, so researchers forced the same mutation in groundcherries.

"When you mutate the gene, it basically shrinks the plant like an accordion so you can make it much more compact," said Zachary Lippman, a Howard Hughes Medical Institute investigator at Cold Spring Harbor Laboratory who co-led the study.

With other genetic modifications, researchers were able to make plants that grew 50% more groundcherries on any given stem, and those fruits were larger -- weighing up to 24% more than the traditional, unmodified versions. Moving forward, the team is working to improve the color and taste of the yellowish fruits to make them more attractive to consumers.

The researchers hope the improved groundcherries will one day mirror the economic success of foods such as quinoa, which was grown as an "orphan crop" in South America before "emerging onto the mass market a couple of years ago," according to Lippman.

Despite its ubiquity in supermarkets and fast-casual restaurants, even quinoa could benefit from a few genetic modifications, Lippman said.

"There has been breeding for quinoi, and there are varieties of quinoi," he said. "But it's a great example of something that could be advanced even further with gene editing."

Lippman also notes that humans have been eating genetically modified crops for millennia, selectively breeding those fruits and vegetables that had the most favorable traits.

"We have been eating mutations in plants and animals since humans started to improve crops thousands of years ago," he said. "That's a random process and took thousands of years. With gene editing, you're now just making one mutation in one gene in the simplest sense."

Van Eck said the groundcherry, which can sometimes be spotted in local farmers' markets in the United States, is "very refreshing," but her team hopes to apply the techniques to other plants as well. "We rely on just a handful of major food crops," she said, and need to "diversify our diets."

"If you think about agriculture going into the future, we need to have more tools in our toolbox," Lippman said. "And the more crops we have at our disposal, the more power we're going to have to address needs."

Marion Nestle, a professor emerita at New York University who studies nutrition, food studies and public health, said "this is a fascinating technical problem, and it is interesting to see what can be done."

Even if it can't solve world hunger, though, the groundcherry might just be worth a taste.