Growing marijuana could make these furry creatures an endangered species 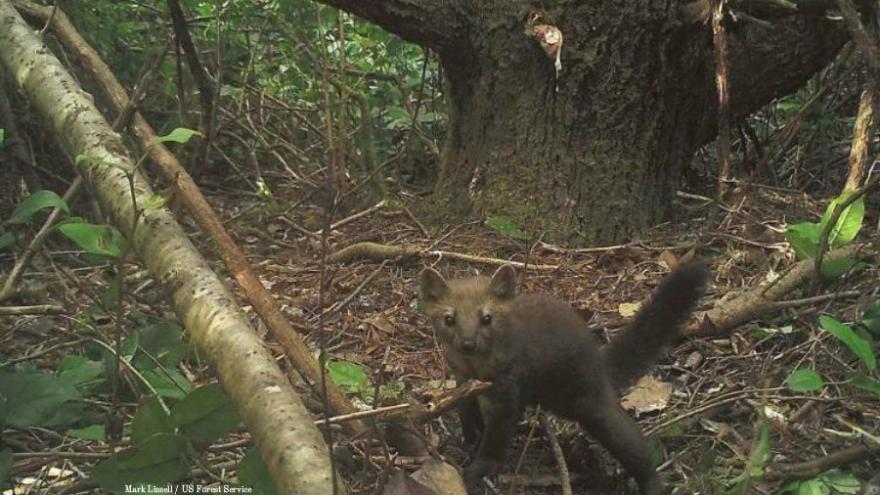 (CNN) -- They're furry, part of the weasel family, and may become endangered -- partly because of marijuana.

The Humboldt martens are small, bushy-tailed creatures, and eat a diet of squirrels, chipmunks, birds as well as insects, fruits and reptiles. There's fewer than 200 of them left in California, and an estimated few hundreds in Oregon.

The California Department of Fish and Wildlife recommended that the martens should be listed as threatened or endangered species, which will be considered by the California Fish and Game Commission. The Humboldt martens are currently considered species of concern.

Six conservation groups are calling for Oregon to also protect the animals under the state's Endangered Species Act.

The Humboldt martens' habitats are being damaged by all sorts of threats: logging, wildfires, urbanization, climate change, diseases, exposure to toxins and marijuana cultivation, according to the California Department of Fish and Wildlife report issued this month.

Forests are being cleared to grow marijuana, coinciding with California state laws that legalized its use, affecting the martens' habitat, the report said. Northern California counties -- where the Humboldt martens live -- have become popular for both legal and illegal marijuana growth, because of its remoteness and water sources.

"The extent to which land clearing for legal and illegal cannabis cultivation will contribute to future Humboldt marten habitat loss and degradation is unknown," the report stated.

Another major concern is the use of toxic pesticides for growing marijuana, including some of which are banned in the US. The pesticides have been known to result in the death of the Humboldt martens, the report said.