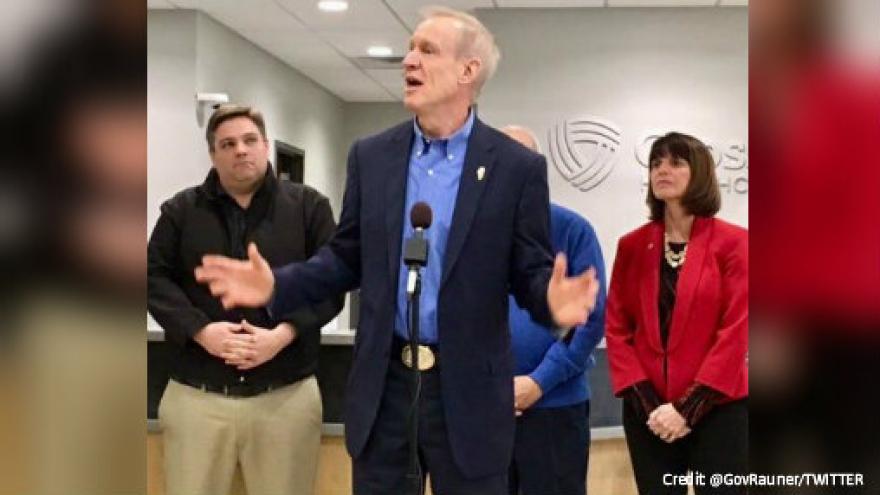 Moline, IL (WQAD) -- The running mate of Illinois Republican gubernatorial candidate Jeanne Ives says a controversial ad was created to draw attention to the campaign, but says the content is not racist.

"We knew when we released this it would draw a lot of attention because it's so in your face," said Rich Morthland of Cordova, who is running for Lt. Governor with Ives.

"But, I don't think it's racist. What I think is wrong is to have an incumbent running away from his own record and he has allies and surrogates trying to defend him and derail this ad," said Morthland in an interview Monday with WQAD-TV.

The one minute long ad says Governor Rauner betrayed Illinois Republicans with some of the bills he signed.

One of the characters played by a hired actor is wearing a hoodie and a bandana around his mouth, and thanks the Governor for "opposing law enforcement and making Illinois a sanctuary state for illegal immigrant criminals".

"We're talking about illegal immigrants committing crimes. That's factual. And, in fact, the man who is pictured in the bandito mask is white. We did that to make sure it would not be racist," Morthland said.

In the ad, there's also a woman who thanks the Governor for "making all Illinois families pay for my abortions."

And, an actor who portrays a transgender woman who thanks the Governor for "signing legislation that lets me use the girl's bathroom."

The Chicago Tribune points out that Governor Rauner signed a bill supporting the right of transgender Illinoisans to change their gender on their birth certificates, but did not sign off on any laws regarding the use of bathrooms.

"The campaign stands by the ad," said Morthland.

Reporter:" But that bill had nothing to do with bathrooms."

"It did have to do with advancing the agenda of transgenders, the transgender use of bathroom is on their agenda," Morthland said.

The ad in question has been called highly offensive by groups supporting abortion, transgender, and immigration rights in the state, and is coming under fire by both Democrats and Republicans.

Tim Schneider, the head of the Illinois GOP Party issued a statement saying "There is no place in the Illinois Republican Party for rhetoric that attacks our fellow Illinoisans based on their race, gender or humanity."

Schneider called on Ives to"pull down the ad and immediately apologize to the Illinoisans who were negatively portrayed in a cowardly attempt to stoke political division."

Morthland says he doubts the controversial will be pulled, and said it has accomplished what it set out to do.

"To draw attention", he said. "Drastic times, they call for serious measures."