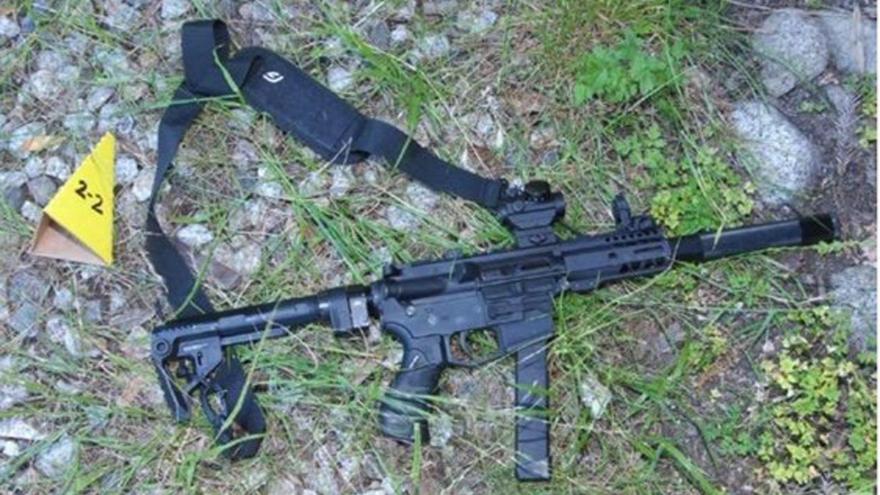 Homicides rates declined in April and May before starting to spike, a new reports says.

(CNN) -- The stray bullet shattered a window and pierced the head of the 10-year-old girl in her home in Chicago's Logan Square neighborhood.

She died at a hospital Sunday morning.

A toddler, just 20 months old and strapped to a car seat, was shot in the chest in Englewood while his mother drove home from a laundromat Saturday afternoon, according to police and CNN affiliate WBBM.

His 22-year-old mother, herself grazed by a bullet fired in the drive-by shooting, rushed him to a hospital, where he was pronounced dead.

"As a dad standing alongside other parents up here on this podium, I struggle to make sense of the reckless gun violence that continues to take the lives of our young people," Chicago Police Superintendent David O. Brown told reporters Monday.

Over the weekend, more than 60 people were shot -- 14 of them fatally -- in 49 shooting incidents in the Windy City alone.

Chicago is among several major US cities experiencing a big spike in shootings and homicides so far this year. The increase in gun violence comes at a time when the heat is rising -- literally and figuratively -- on the streets, as cities reopen during a pandemic and mass anti-police brutality protests have led to law enforcement reforms and budget cuts.

In Philadelphia over the past weekend, seven people were shot in a span of three hours, according to CNN affiliate KYW-TV. One person was killed and two others critically wounded.

Shooting incidents in Philadelphia are up 57% from last year, the station reported, citing police records. Homicides, at 201 as of Monday, were up 24%

In the first week of June alone, the Los Angeles Police Department reported that homicides increased 250% compared to the previous week.

Mayor Bill de Blasio said the NYPD is dispatching hundreds more officers in cars and on foot onto the streets this summer to deal with gun violence.

Police blame the surge in gun violence on a combination of the early release of people from jail during the pandemic, the effects of a new state's bail reform law and other factors.

"More people not in jail," NYPD Chief of Department Terence Monahan told CNN. "Rikers Island (jail) in New York is empty. Between Covid, between bail reform, the protests caused animosity towards the police, which took us out of neighborhoods that needed us the most."

The NYPD said 272 uniformed officers filed for retirement between May 25 and June 23 -- which Police Benevolent Association President Pat Lynch attributed to cops being at their "breaking point" during an anti-police climate. Last year, 183 officers had filed for retirement during that period.

"We are all asking the same question: How can we keep doing our job in this environment?" Lynch said in a statement.

Christopher Herrmann, a professor at the John Jay College of Criminal Justice and a former NYPD analyst who focused on gun violence, said the week-to-week increases in New York shootings and homicides were unprecedented.

NYPD vehicles pelted with bottles and other debris

Herrmann said the numbers were due to people starting to emerge after months of coronavirus stay-at-home orders plus the warmer weather, when gun violence in larger cities tends to jump up to 30%.

Experts also noted the intense scrutiny of law enforcement and tensions with communities of color since Floyd's death. The killing led to nationwide -- and sometimes violent -- protests, a wave of police reforms that included chokehold bans and a scaling back of law enforcement budgets in various cities.

In New York, a group of people hurled glass bottles and debris at NYPD vehicles early Sunday after police responded to devices known as "shot spotters" that detect the sound of gunshots and alert 911 dispatchers.

Police discovered several spent shell casings and two fired bullets at the scene but no injuries were reported.

When officers tried to disperse about 500 people gathered nearby, some in the crowd began to throw bottles and other debris, police said.

No arrests were made. The crowd dispersed about two and half hours after the initial police response.

Homicides rates declined in April and May before starting to spike, report says

A new report commissioned by the Arnold Ventures philanthropy said homicide rates declined by 22% in April and nearly 10% in May in most large US cities likely because of coronavirus business closures and stay-at-home orders. The organization focuses on criminal justice, health and other issues.

"Homicides depend on relatively vibrant activity patterns -- lots of people on the street," Richard Rosenfeld, a University of Missouri-St. Louis professor and co-author of the report, told the philanthropy's newsletter. "When the streets are empty, the opportunities for all kinds of street crime go down."

The researchers found that homicides in major cities this year were on the rise even before the pandemic hit.

But as the country continues to open, the report warned, the numbers of homicides will likely increase to a higher overall rate for 2020.

"We are deeply concerned that in the months ahead we may see more violence in the future," Thomas Abt, a senior fellow at the Council on Criminal Justice and the report's other author, told CNN.

Abt said there appeared to be a connection between "the legitimacy of the state, specifically law enforcement" and levels of violence.

"As legitimacy drops, the people in these communities simply don't use the criminal justice system to mediate conflicts and instead turn to violence," he told the newsletter.

"We saw a significant increase in homicides after the unrest in Ferguson, Baltimore, Chicago and other places. We may be in for the same thing in the wake of the George Floyd protests."

In Chicago, there were 324 murders so far this year as of Sunday, a 34% increase from last year, according to police.

The police superintendent urged residents to contact investigators with any information on the more than five dozen people struck by gunfire last weekend.

"For the sake of Chicago's children, please come forward," Brown said on Sunday.

Pastor Donovan Price, a victim's advocate who arrives at shooting scenes minutes after they're reported, tweeted on Sunday that he was covered with blood after consoling the wounded mother whose toddler son was fatally shot in the drive-by.

"I just want to sit on the side of the curb, and shake my head and cry," he told WBBM.