Gunman holding a woman hostage inside an Illinois bank has surrendered 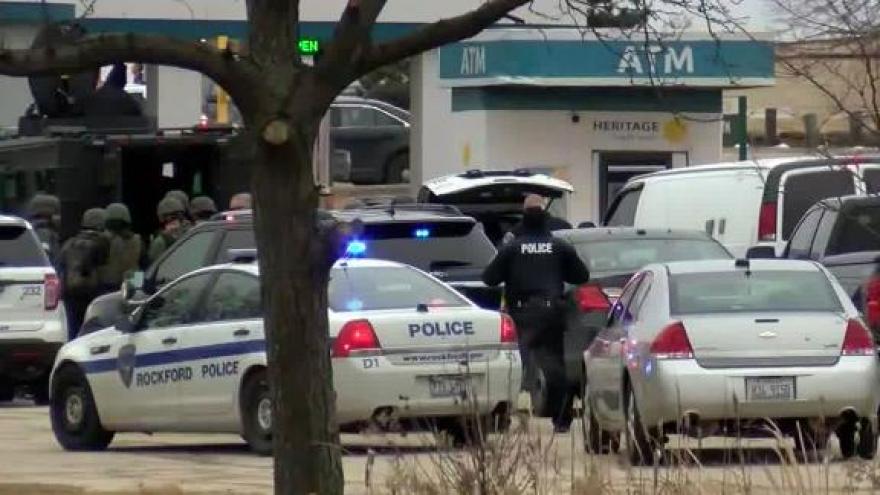 (CNN) -- A man was arrested Friday after he held a woman hostage for more than six hours inside a Rockford, Illinois, credit union, police said.

"At the end, he did come out of the building, willingly while speaking with crisis negotiators," Rockford Police Chief Dan O'Shea told reporters Friday night.

The suspect, who has not been identified, was in custody and is expected to face charges in the incident.

The incident began when police responded to reports of an armed robbery about 2:30 p.m. (3:30 p.m. ET) at the Heritage Credit Union on East State Street.

O'Shea said the suspect demanded that people leave after he entered the building but not everyone was able to get out, CNN affiliate WREX reported.

It's unclear how the attempted robbery turned into a hostage situation.

The suspect initially barricaded himself inside with "one or more employees or customers" when officers arrived, police tweeted on Friday.

Most of the people inside the bank were able to leave the building but a woman working at the credit union was held hostage for more than six hours, O'Shea said.

Crisis negotiators contacted the suspect by telephone and spoke with him for several hours before he surrendered. Neither the woman or the suspect was injured, the police chief said.

O'Shea said police believed the suspect did not know the bank employee before today's incident.

Police shut down traffic in the area surrounding the bank for several hours. Video from CNN affiliates showed numerous police cars at the bank.

Rockford is about 80 miles northwest of Chicago.