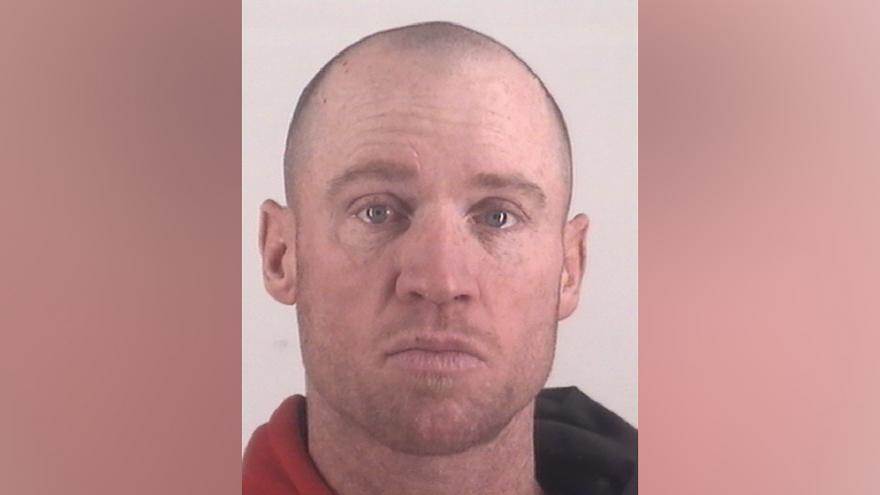 (CNN) -- The gunman who fatally shot two people at a Texas church Sunday had several arrests and convictions over the past decade and, for a time, had lived on the streets, according to police and his sister.

Keith Thomas Kinnunen, 43, was shot and killed seconds after opening fire in the West Freeway Church of Christ in White Settlement. Two parishioners -- Anton Wallace, 64, and Richard White, 67 -- were killed in the shooting. The church's head of security, Jack Wilson, fatally shot Kinnunen and saved lives.

Prior to the shooting, Kinnunen had several run-ins with authorities. Fort Worth police arrested him in 2008 and charged him with felony aggravated assault with a deadly weapon, according to Department of Public Safety court records. The charge was later lowered to misdemeanor deadly conduct, and he was convicted in 2009, the records show. He was sentenced to 90 days in jail.

In December 2013, Fort Worth police arrested Kinnunen for misdemeanor theft and he was convicted in January 2014, the records show. He was sentenced to 30 days in jail.

Kinnunen faced an unlawful possession of weapons charge in New Jersey in 2016, records show. It is unclear what the final charge was, but local reports at the time said Kinnunen was arrested in Linden after police found him near a Phillips 66 refinery with a 12-gauge shotgun.

Gunman lived on the street with his younger brother

Kinnunen was "more of a loner" who had been to the church several times before and was welcomed in, said Texas Attorney General Ken Paxton.

The gunman's death made it even more difficult to determine his motivations, Paxton said.

Kinnunen's sister, Amy Kinnunen, said both Keith and their younger brother, Joel, had lived on the streets. Joel took his own life in 2009 and Sunday was his birthday, she said. She told CNN she last spoke to Keith in November.

She said her brother was bouncing between the homes of friends, though White Settlement is where he most recently lived. She described him as religious and said she didn't believe the shooting was a political act or one of revenge.

"Any problem that you had, he could give you a Bible scripture. He was very close to the Lord. I believe that is why he chose the church," she said.

The gunman was "relatively transient but has roots to this area," said Matthew DeSarno, special agent in charge of the FBI Dallas office.

He added the shooter was not on any sort of watch list.