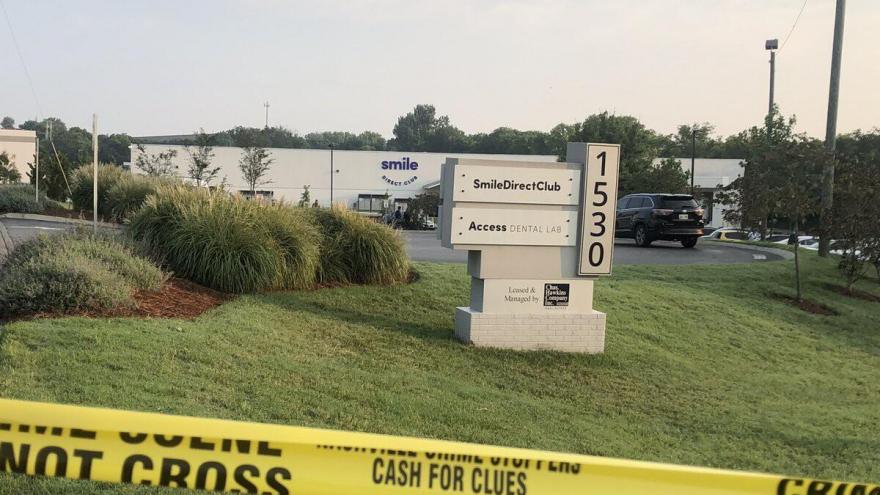 Two employees were injured during an early morning workplace shooting Tuesday at a Smile Direct Club in Antioch, Tennessee.

The gunman, believed to be a day-shift employee, shot three people at the facility in the Nashville neighborhood of Antioch just before 6 a.m. during a change of shifts, Metropolitan Nashville Police Department spokesman Don Aaron said.

Police officers encountered the gunman shortly after the shooting, and the gunman directed a semiautomatic pistol at them after being told to drop his weapon, Aaron said. Police then shot the gunman, Aaron said.

The gunman had shot one employee in the chest; one in the abdomen; and one in a leg, Aaron said. One of the three was in critical condition Tuesday morning, he said.

A fourth worker injured her ankle while running, Aaron said.

No names were immediately released. Police also have not commented about a motive.

The gunman had been working there "for a relatively short period of time," Aaron said.

"The safety of our team members is a top priority for our company and we maintain strict security protocols and a no weapons policy at all of our facilities," the company said Tuesday in a Twitter statement.

SmileDirectClub is known primarily for working with dentists and orthodontists to sell clear aligners online as an alternative to traditional braces.

The Antioch neighborhood is about a 12-mile drive southeast of downtown Nashville.