Guns overtake car crashes as leading cause of US trauma-related deaths, study says 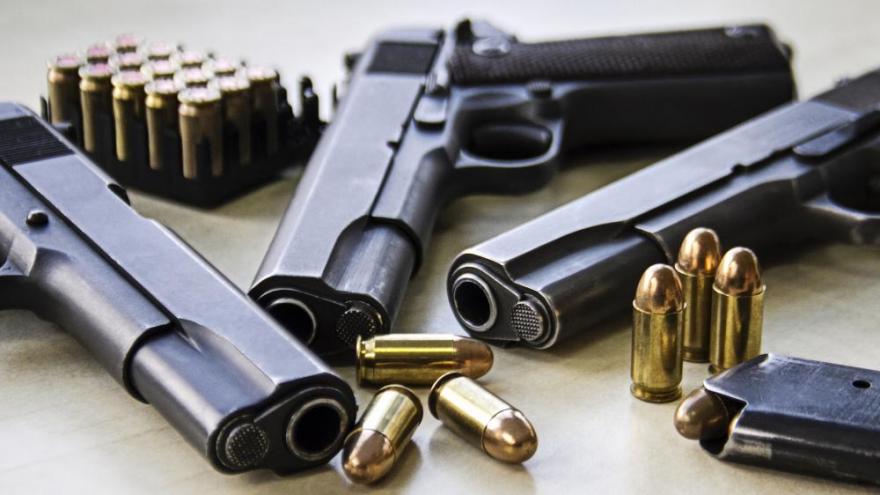 The study found that suicides accounted for most of the deaths by firearms.

(CNN) -- Firearm deaths have overtaken car crashes are the leading cause of death by trauma in the US, according to a new study.

In 2017, there were 1.44 million years of potential life lost due to firearm deaths, edging out that of motor vehicle crashes (1.37 million years), according to the study published Tuesday in the journal Trauma Surgery and Acute Care Open. And that trend continued in 2018.

Those numbers are based on data from the US Centers for Disease Control and Prevention between 2009 and 2018, the most recent year for which data was available.

Researchers used the CDC standard formula to calculate years of potential life lost by subtracting the age of death from the standard age of 80, to represent the average US life expectancy of 78.7 years and then added the differences.

"The main argument is that the right to bear arms to prevent injury or to defend against aggressors may result in a small number of preventable deaths is a plausible theory, however, the data reveal that the resulting access to firearms has equated to magnitudes of death due to firearm suicides in the same individuals demanding access to firearms," the researchers wrote.

Millions of years of potential life lost to guns

The study found that suicides accounted for most of the deaths by firearms -- and those deaths had been in increasing.

Meanwhile, the majority of homicide-related firearm deaths were among Black men, with 3.2 million years of potential life lost, the study found.

People who die in homicides tend to be younger -- meaning that for each death, on average, a Black man who is a victim of homicide lost 50.5 years, whereas a White man who died by suicide lost 29.1 years. Overall, Black people make up 13.4% of the US population.

And among women, firearm homicides rose almost 10% over the 10 years, and firearm suicides rose over 31%.

"Previous studies have shown that firearm ownership, mass shootings, injuries and death are more of a problem in the USA as compared with other developed countries," the researchers wrote. "The demand for total freedom and the second amendment have resulted in high access to firearms in this country and this is undisputable."

A study released in January from the non-profit Everytown for Gun Safety indicates there is a direct correlation between weaker gun laws and higher rates of gun deaths, including homicides, suicides and accidental killings.

On the other end of the spectrum lies Mississippi, which has the weakest gun laws with a score of 3 out of 100 and has a rate of 28.6 gun deaths per 100,000 residents -- the highest of all states, the nonprofit research shows.

Regionally, the researchers for the study published by Trauma Surgery and Acute Care Open found that the South had the most years of potential life lost due to firearms, followed by the Midwest, West and Northeast.