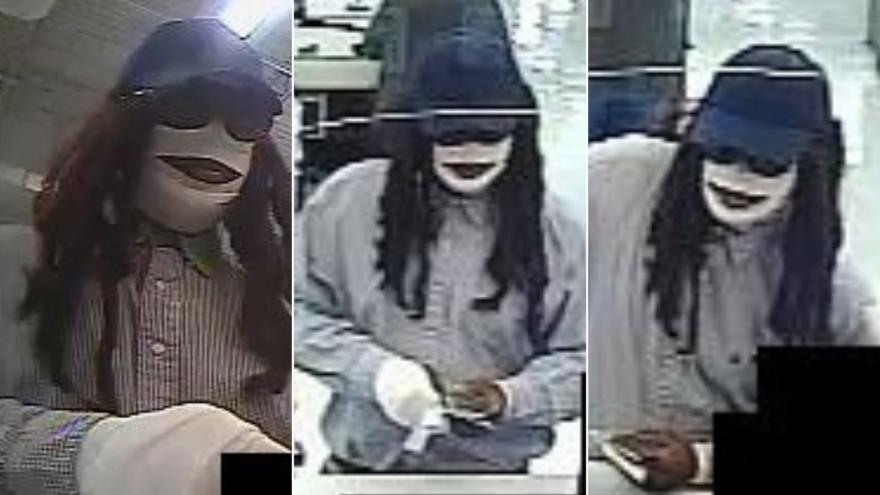 (CNN) -- Authorities in Texas are on the search for a bank robber they have dubbed the "Mummy Marauder."

The robbery took place on Friday the 13th at the First Convenience Bank in Harris County.

The FBI in Houston described the suspect as a black male in his early 20s standing about 5'11.''

The suspect wrapped white gauze around his face and arms, the FBI said. He also wore a wig and baseball cap.

No other information about the robbery was released.

The FBI released images on Tuesday of the "mummy" robber in hopes the public could help identify him. Crime Stoppers of Houston is also offering a reward for up to $5,000 for information leading to the arrest of the "Mummy Marauder."