North Korea fires projectiles, says it may be forced 'to seek new road' 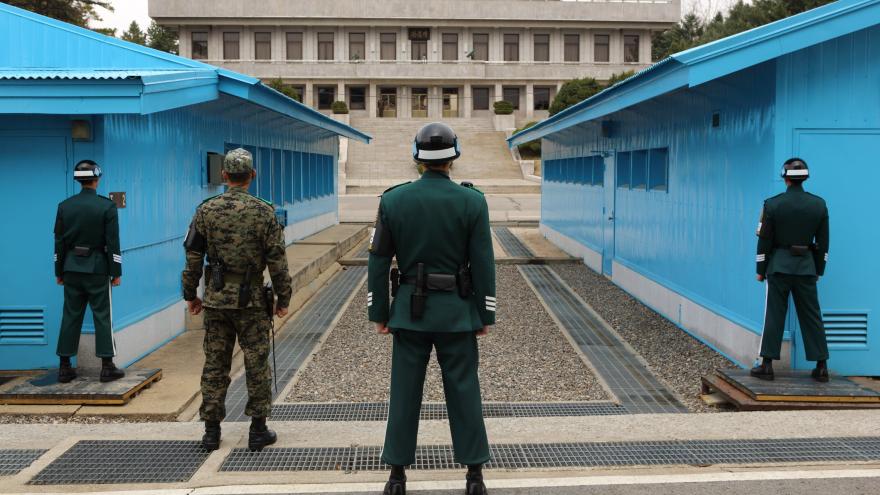 "The military is maintaining its readiness by monitoring related movements in preparation for further launches," the statement said.

A US official told CNN that two short-range ballistic missiles were launched and landed in the Sea of Japan, also known as the East Sea. The official said the missiles are assessed to be the same type as missiles used in recent launches.

"We continue to monitor the situation and are consulting closely with our South Korean and Japanese allies," a senior administration official said.

The statement read Pyongyang would be forced to "seek a new road" if Seoul and Washington were to continue to "sharpen a sword to do us harm."

According to North Korean state-run news agency KCNA, North Korean leader Kim Jong Un oversaw the launch and said it was a warning to the US and South Korea over their joint military drills, which have long been a thorn in North Korea's side.

The official said US military intelligence tracked a new launch from North Korea on Friday morning local time (Thursday in the United States). According to the initial assessment, the projectile appeared to be similar to the short range ballistic missiles fired earlier this week, the official said, referring to Wednesday's twin launches from North Korea's east coast.

US President Donald Trump recently said he had "no problem" with the recent launches.

Asked for his reaction to North Korean ballistic missile testing, he responded: "Short-range missiles. We never made an agreement on that. I have no problem."