Queen agrees on 'period of transition' for Harry and Meghan 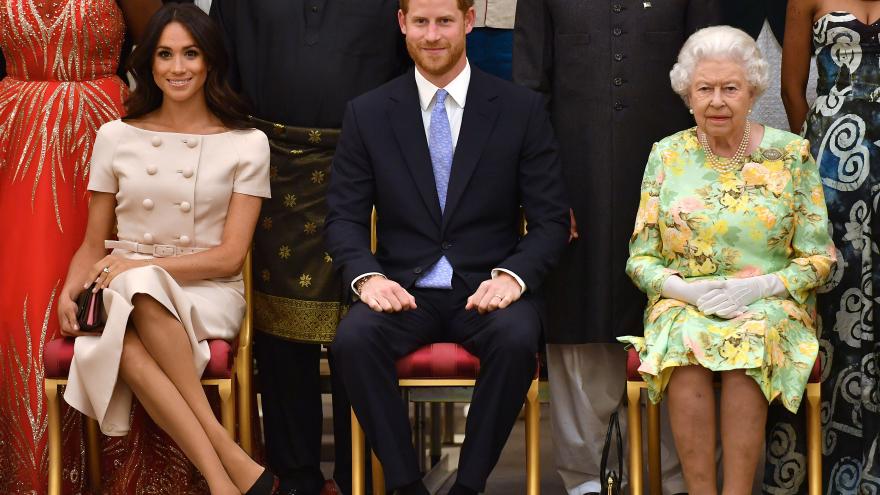 (CNN) -- Britain's Queen Elizabeth II has agreed to a "period of transition" while details of a more "independent" role for the Duke and Duchess of Sussex are hammered out.

After a crisis meeting of senior royals at the Queen's Sandringham estate north of London, the Queen said she had agreed that Prince Harry and Meghan could split their time between the UK and Canada but that "complex matters" would have to be resolved. The monarch said she had ordered final plans to be drawn up in the next few days.

The highly unusual meeting was called after the couple's bombshell announcement last week that they wished to step back from their roles as senior members of the royal family. The Queen was joined at the summit by Prince Charles, Prince William and Prince Harry, while Meghan was due to have dialed in from Canada.

In a statement after the meeting, the Queen said the family would have preferred the couple to "remain full-time working members of the royal family," but that they "respect and understand" Prince Harry and Meghan's "wish to live a more independent life."

The Queen said the family had "very constructive discussions on the future of my grandson and his family" during the meeting, adding that they are "entirely supportive of Harry and Meghan's desire to create a new life as a young family."

There were "complex matters for my family to resolve," and no final agreement had been reached, particularly over Harry and Meghan's desire to become "financially independent."

"There is some more work to be done, but I have asked for final decisions to be reached in the coming days," the Queen said in the statement.

The meeting came on a tumultuous day for the royals. Before the meeting Princes William and Harry denied a UK newspaper story alleging that William's "bullying attitude" had caused the splits in the family. The story was "false," the princes said in a joint statement.

"For brothers who care so deeply about the issues surrounding mental health, the use of inflammatory language in this way is offensive and potentially harmful," the statement said.

Monday's summit was the first time the senior royals have met since the Prince Harry and Meghan's shock announcement last Wednesday -- leading to a mood of deep disappointment in the palace.

Meghan, who has returned to Canada -- where the couple and their baby son Archie spent the Christmas holidays -- was expected to call into the summit. It's unclear whether she did, and when she will return to the UK.

In spite of the way their announcement has unfolded, the couple's decision to step back from senior royal duties is not surprising.

Harry and Meghan have both spoken previously about the toll public scrutiny has taken on them. Harry also raised the possibility of living abroad during the couple's TV documentary, which aired in October.