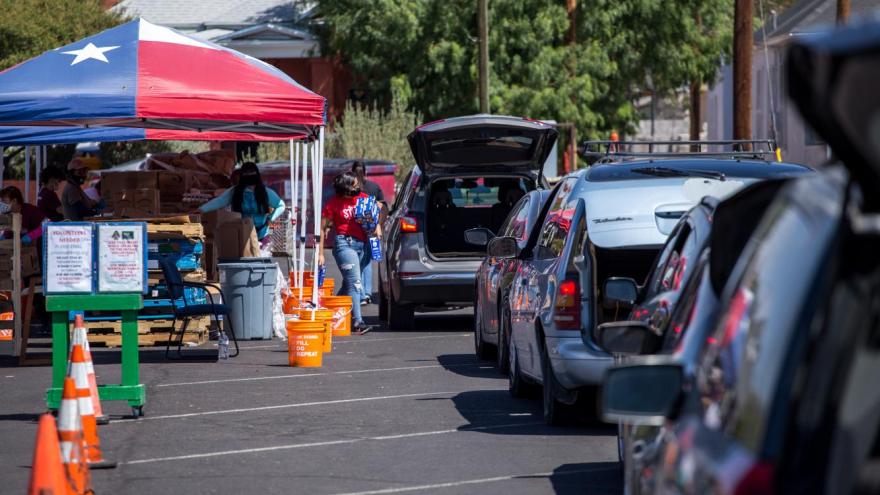 Half of US adults live in households that lost income from jobs due to the coronavirus pandemic.

(CNN) -- The coronavirus pandemic has generated a lot of eye-popping statistics as it wreaks devastation across America.

Here's the latest: Half of US adults live in households that lost income from jobs.

That's what the Census Bureau found in its most recent weekly survey -- conducted from July 2 through July 7 -- that's tracking the virus' impact on the nation.

In some states, even more residents are affected. In Hawaii, which depends on tourism, the share is 61.6%, while in Nevada, where all the casinos had shut down, it's 59.7%. New York and California came in at 58.2% and 57.5%, respectively.

Some 20.5 million Americans lost their jobs in April -- the swiftest and steepest decline on record. Although more than 7 million people found work in May and June, the unemployment rate was 11.1% last month, the highest since World War II.

And the recent surge in cases is likely to mean even more layoffs and hardship, especially when combined with the shaky finances of larger companies, several of which have recently announced sweeping job cuts or massive potential downsizings.

A toll on well-being

The Census survey also reveals the toll the pandemic is taking on Americans' well-being.

Nearly 35% of adults expect a loss in employment income. More than 25% either missed last month's rent or mortgage payment, or had slight or no confidence that their household could make the next payment on time.

Close to 11% of Americans lived in households where there was either sometimes or often not enough to eat in the previous seven days. And just over 40% of adults had delayed getting medical care in the prior four weeks.

Nearly a quarter of respondents reported having little interest or pleasure in doing things more than half of last week or nearly every day. And almost one-third said they felt anxious or nervous over the same period.