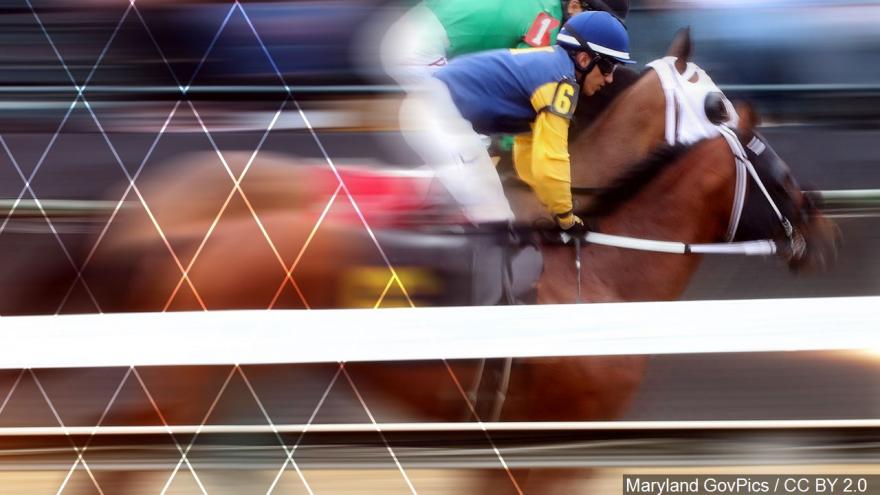 ARCADIA, Calif. (AP) — Hall of Fame trainer Jerry Hollendorfer was banned by the ownership of Santa Anita on Saturday after a fourth horse from his stable died — and the 30th overall — at the Southern California track.

The Stronach Group, which owns the track, said in a statement that effective immediately Hollendorfer "is no longer welcome to stable, race or train his horses at any of our facilities."

On the recommendation of a special panel convened to review horses' medical, training and racing history, the track's stewards scratched four horses trained by Hollendorfer that were entered to run Saturday and Sunday.

It was the 30th death since the racing season began Dec. 26. The track closes for the season Sunday.

The high number fatalities have led officials at Santa Anita and the California Horse Racing Board to initiate several measures to address horse and rider safety. The spate of deaths has drawn national political attention, including from Gov. Gavin Newsom and U.S. Sen. Dianne Feinstein, D-California, who has called for racing to stop while training and racing conditions are inspected.

However, he told the Daily Racing Form, "I'm training over 100 horses right now. Santa Anita didn't want me stay on the grounds. My opinion was that was a premature thing to do. I thought it was extreme. Now I have to step away for a while."

The special panel rejected 38 horses that were set to run over the final six days of racing, according to the California Horse Racing Board. The panel was created last week at the direction of Newsom.

He has three wins in the Breeders' Cup and none in the Triple Crown races. His best finish with seven Kentucky Derby starters was third in 2017 with Battle of Midway. That colt sustained a fatal injury during a workout at Santa Anita on Feb. 23.

Hollendorfer's first horse to die at the meet was a 4-year-old gelding on Dec. 30 after a race on the dirt.

It wasn't immediately known whether Hollendorfer will be allowed to race at Los Alamitos in Orange County when that meet opens June 29. A spokesman for Del Mar said the track was aware of Hollendorfer's ban and was gathering information. Del Mar near San Diego opens July 17. Neither track is owned by The Stronach Group.

The racing board says a panel also will review horses entered to run at Los Alamitos.

A 9-year-old gelding named Kochees trained by Hollendorfer was euthanized on May 26 after injuring his left front leg in a race a day earlier.

At the time, a spokesman for The Stronach Group told The Associated Press that it was looking into whether new protocols were followed leading up to the gelding being euthanized.

The Stronach Group said in a statement Saturday it regrets that Hollendorfer's record in recent months at both Santa Anita and Golden Gate Fields in Northern California "has become increasingly challenging and does not match the level of safety and accountability we demand." Both tracks are owned by The Stronach Group; Golden Gate doesn't resume racing until Aug. 15.

The track owner said individuals who don't embrace the new rules and safety measures that put horse and rider safety above all else will have no place at any Stronach Group racetrack.

Mike Marten, spokesman for the California Horse Racing Board, said Hollendorfer's gelding American Currency injured Saturday wasn't entered to run in any race and thus wasn't subject to review by the special panel.

Kochees' injury appeared to be correctable through surgery. However, when doctors realized the horse had lost blood flow to the leg, he was euthanized.

Among the rules put in place since March, a trainer's veterinarian must sign off on a horse's fitness before the track's veterinarian also takes a look at the animal ahead of it training or racing.

"In my mind there is absolutely no doubt that we've done every single thing properly with Kochees and all the rest of our horses, too," Hollendorfer said in response to questioning by The AP on May 27. "We certainly are pretty sad when they get hurt."

The 73-year-old trainer is best known for overseeing Eclipse Award winners Blind Luck, Shared Belief and Songbird. Based in Northern California for most of his career, Hollendorfer frequently ships his horses to Southern California's tracks to run.

He's known for buying young horses at auction in the low to mid-price range, often with his own money. He then puts together ownership groups and retains a percentage of the horse while training it as well.