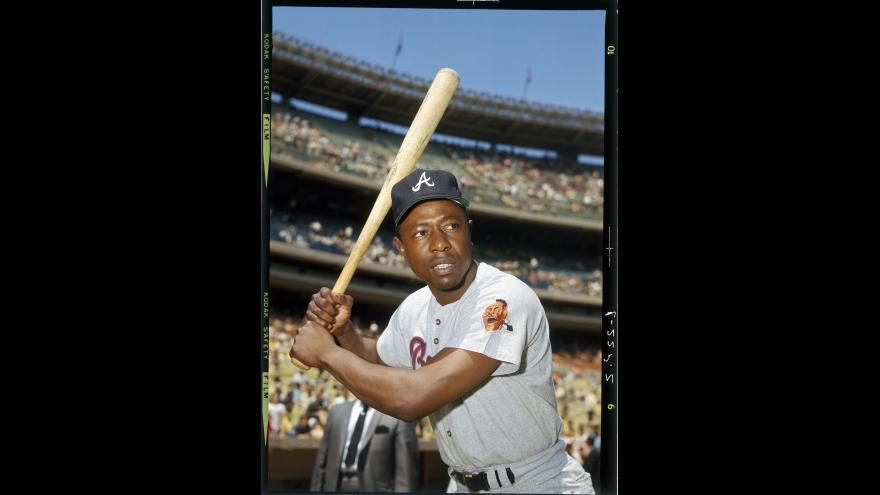 (CNN) -- Henry Louis "Hank" Aaron, the Baseball Hall of Famer who broke Babe Ruth's all-time home run record and lived a life as an ambassador to the game, has died. He was 86.

The cause of death was not disclosed. On January 5, Aaron tweeted a picture of himself saying he was proud to have received the Covid-19 vaccine.

Aaron's incredible achievement came in the shadow of hate and death threats from people who did not want a Black man to claim such an important record.

As he was chasing Ruth's record, Aaron was taunted daily at ballparks, received threats on his life and was sent thousands of racist hate mail. He said he didn't read most of the mail but kept some as a reminder.

"There were times during the chase when I was so angry and tired and sick of it all that I wished I could get on a plane and not get off until I was someplace where they never heard of Babe Ruth," he wrote in his "I Had a Hammer" autobiography.

"But damn it all, I had to break that record. I had to do it for Jackie (Robinson) and my people and myself and for everybody who ever called me a [N-word]."