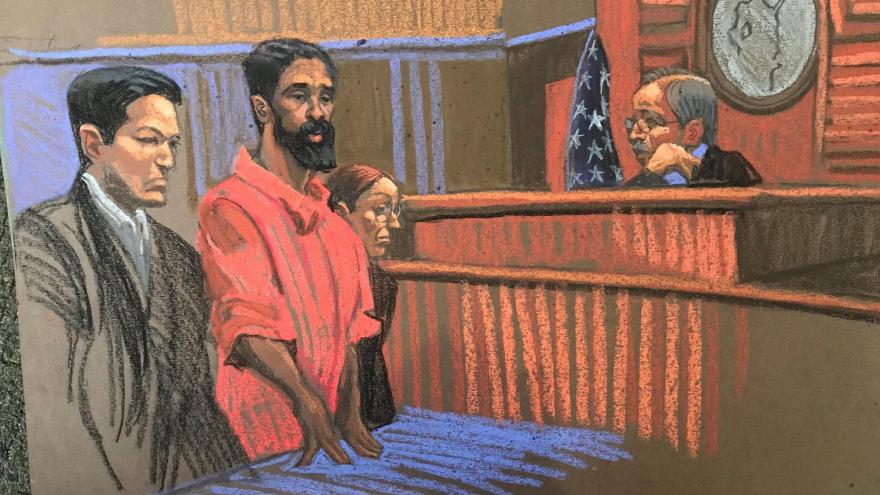 Grafton Thomas was arraigned in White Plains, New York, on new charges alleging he targeted the individuals because of their religion.

(CNN) -- The man accused of stabbing and slashing party-goers with a machete at a Hanukkah celebration in New York pleaded not guilty to five federal hate crime charges Monday.

Grafton Thomas was arraigned in White Plains, New York, on new charges alleging he targeted the individuals because of their religion.

Thomas, 37, allegedly stormed a Hanukkah celebration at a rabbi's home in Monsey on December 28 and attacked the people there with an 18-inch machete, injuring at least five, prosecutors said.

Investigators found handwritten journal entries in Thomas' home that expressed anti-Semitic sentiments, according to federal prosecutors. They said they also found evidence of a search for temples on a cell phone found in his car.

Thomas has a "long history of mental illness and hospitalizations," his family and attorney have said.

Thomas previously was charged with five counts of obstruction of free exercise of religious beliefs involving an attempt to kill, which also is a hate crime. He has not entered a plea in that case.

Each of the 10 counts carries a maximum punishment of life in prison.

Thomas was brought into the courtroom Monday without handcuffs, wearing an orange Department of Corrections T-shirt and orange pants. Family members were present, and he looked at them as they waved to him, before sitting down next to his attorney Michael Sussman.

The arraignment was presided over by Judge Paul E. Davison, but the criminal case has been assigned to Judge Cathy Seibel. Grafton is expected to appear before Judge Seibel later Monday.

Thomas also faces state charges of attempted murder. He has pleaded not guilty to those charges.