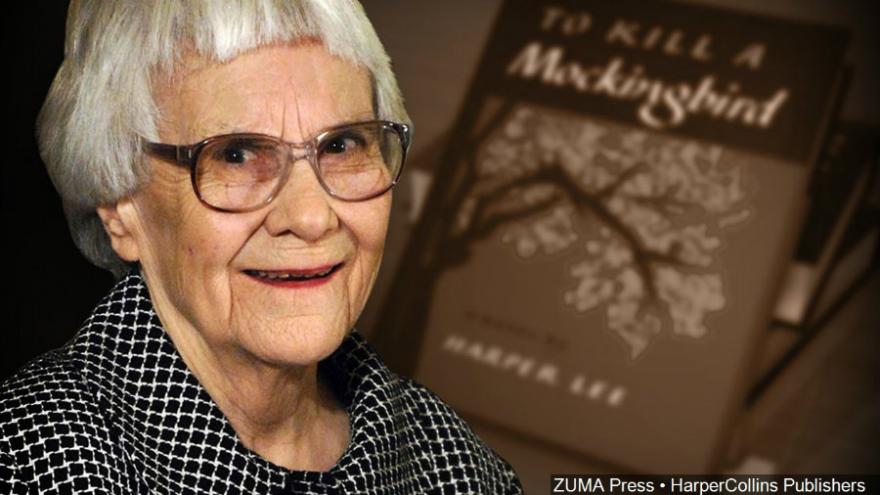 (CNN Money) -- A battle over creative differences could jeopardize Aaron Sorkin's upcoming Broadway adaptation of "To Kill A Mockingbird."

The estate of Harper Lee, who wrote the classic novel of racism and injustice in the small-town South, is suing Rudinplay, the production company behind the new play. The estate claims that it deviates too much from the original story.

Rudinplay says the differences are "simply artistic disagreement," and says the lawsuit is without merit.

In particular, Lee's estate takes objection to Sorkin's portrayal of Atticus Finch, the heroic and principled lawyer who defends a black man falsely accused of rape.

The play, expected to debut this winter, has been in the works for years. The production company agreed in June 2015 to pay Lee $100,000 for the right to adapt it. She was also to receive some royalties and net profits associated with its production.

Sorkin, the Academy Award-winning screenwriter and creator of TV's "The West Wing," joined as the playwright a few months later.

According to a complaint filed Tuesday by the estate, Lee had the right to review the script and have her feedback "considered in good faith." The play was not to "derogate or depart in any manner from the spirit of the Novel nor alter its characters."

Lee died in early 2016, leaving her estate to represent her interests while the play was in production.

The complaint suggests that relationship began to sour last September after Sorkin spoke publicly about how he wanted to portray Finch in the show.

Court documents cite an interview Sorkin gave to Vulture about his version of the character. He told the publication that in the show, Finch is at first "in denial" about racism in his community, but eventually "becomes Atticus Finch by the end of the play." The book's Finch is morally unambiguous.

Soon after, Lee's representative, lawyer Tonja Carter, told Rudinplay chief Scott Rudin that she had concerns with the script. The complaint claims that Rudin assured her that the estate would be satisfied with the final product.

But a revised script reviewed by Carter last month "exacerbated her concerns," the complaint says. She met with Rudin and told him that she objected to changes made to several main characters, including Finch, his black housekeeper Calpurnia, and his children, Jem and Scout. She also told him that the script "did not present a fair depiction of 1930s small-town Alabama."

The complaint claims that Rudin "resisted the comments" and told Carter that her concerns would be considered. It cites a March 9 letter in which a lawyer for Rudinplay denied that the play departed from the spirit of the novel.

That letter also apparently said that even if Lee's estate had problems with the script, the contract only allowed it to weigh in — not to have the final say.

Lee's estate is asking the court to find that the production company has violated the contract.

Rudinplay said in a statement Thursday that the play is a "faithful adaptation" of the novel produced within the constraints of the agreement.

The production company also said that the estate "has an unfortunate history of litigious behavior," adding that it "has been the subject of considerable controversy surrounding its handling of the work of Harper Lee both during her illness and after her death."

Lee famously returned to the spotlight three years ago when her publisher announced it would release her second book, "Go Set a Watchman."

The decision was surprising because Lee had notably refused to publish any books after "To Kill a Mockingbird," and questions were raised about whether she was in a state to knowingly consent to the new novel's publication.

Alabama state officials said at the time that upon investigation, they found she did wish to do so.