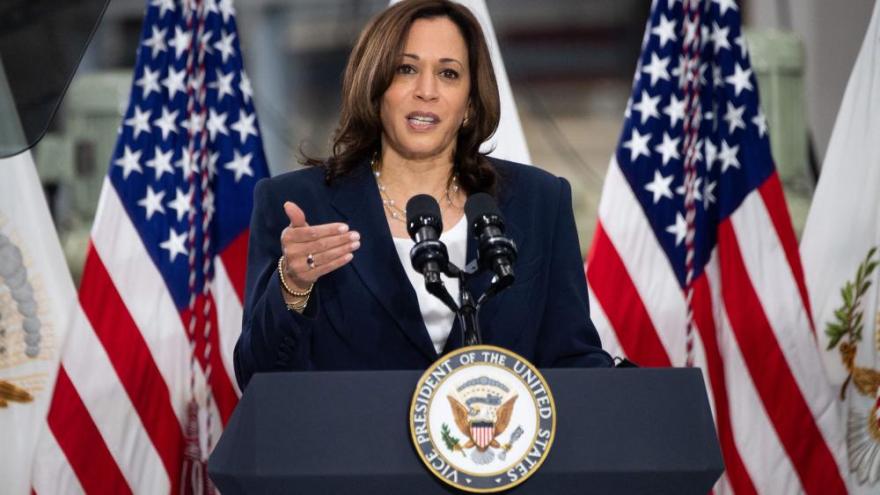 Kamala Harris on April 19 delivered her first extended economic speech since becoming vice president, making a pitch for the Biden administration's infrastructure plan and touting the White House's accomplishments since President Joe Biden was sworn in.

"Help is here and hope is here -- and things are looking up. Schools are reopening. Businesses are reopening. Grandparents are seeing their grandchildren in person. We are delivering real, real relief," Harris told an audience at Guilford Technical Community College in North Carolina.

Harris said the plan "is not just about fixing what has been. It is about building what can be."

Harris has become increasingly involved in promoting the Biden administration's infrastructure proposal currently being considered by Congress, known as the American Jobs Plan. She's taken part in meetings with the Congressional Black Caucus as well as with members of Congress on both sides of the aisle to discuss it and last week, USA Today published her op-ed calling on Congress to pass the plan.

According to the White House, after her speech in North Carolina on Monday, Harris "will continue traveling the country to promote the plan in the weeks to come" -- serving in an outreach role similar to the one she played in promoting the passage of the American Rescue Plan.

"A good job allows people the freedom to build the life you want. To reach as high as you want, to aspire. That's what a good job does. And good jobs are what the President and I will create with the American Jobs Plan."

The speech comes on the same day Biden hosts his second bipartisan gathering in as many weeks in the Oval Office.

The White House has launched a massive legislative outreach effort to sway key members of Congress to buy into the proposal, but Republicans appear to have not yet reached consensus on a potential counter-proposal with a lower price tag. And no comprehensive GOP plan has been released so far.