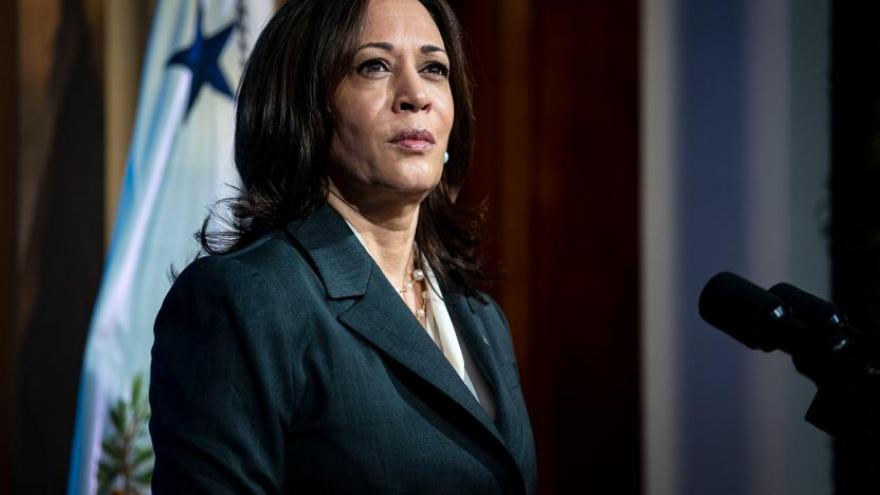 Vice President Kamala Harris said Thursday she does not feel misused or underused in her role as vice president. Harris is shown here in the East Room of the White House April 22, 2021 in Washington, DC.

(CNN) -- Vice President Kamala Harris said Thursday she does not feel misused or underused in her role as vice president, following CNN reporting that many in the vice president's circle believe she is being sidelined and that key West Wing aides are exasperated by what they see as entrenched dysfunction and lack of focus from Harris and her staff.

"We're getting things done, and we're doing it together," Harris told ABC in an interview that aired on "Good Morning America."

Harris pointed to the President signing one of his biggest legislative victories -- the bipartisan infrastructure package -- into law on Monday, saying: "This was a good week."

"I am very, very excited about the work that we have accomplished. But I am also absolutely, absolutely clear-eyed that there is a lot more to do and we're going to get it done," Harris said.

CNN reported on Sunday that key West Wing aides have largely thrown up their hands at Harris and her staff -- deciding there simply isn't time to deal with them right now as Biden faces urgent legislative and political concerns. At the same time, many in the vice president's circle are fuming that Harris is not being adequately prepared or positioned in her role, and the vice president herself has told several confidants she feels constrained in what she's able to do politically.

Eleni Kounalakis, the lieutenant governor of California and a longtime friend of Harris, told CNN: "It is natural that those of us who know her know how much more helpful she can be than she is currently being asked to be. That's where the frustration is coming from."

In the ABC interview on Thursday, Harris did not say whether Biden had told her if he was planning on running for reelection, and said she and the President were "absolutely not" discussing 2024 yet.

Harris also dismissed the President's low approval ratings, saying: "Polls, they go up, they go down. But I think what is most important is that we remain consistent with what we need to do to deal with the issues that we're presented with."

Harris also called dealing with record inflation "one of the highest priorities" for herself and Biden.

"It's real and it's rough," she said, citing rising prices for groceries and gas. She highlighted actions the administration has been taking to try to ease supply chain issues and lower costs for American families.

Biden announced last month the Port of Los Angeles would move to 24/7 service, bringing it into line with operations at the Port of Long Beach, which was already working on a 24/7 schedule. Those two ports handle 40% of container traffic in the US. The administration has also taken other actions to attempt to alleviate issues at the nation's ports, waterways and freight networks.

In addition to the short-term actions, Harris said in the long term, the administration is working to bring down the cost of living. She said the new bipartisan infrastructure law as well as the second part of Biden's economic agenda -- a sweeping package to expand the nation's social safety net -- would help achieve that goal.