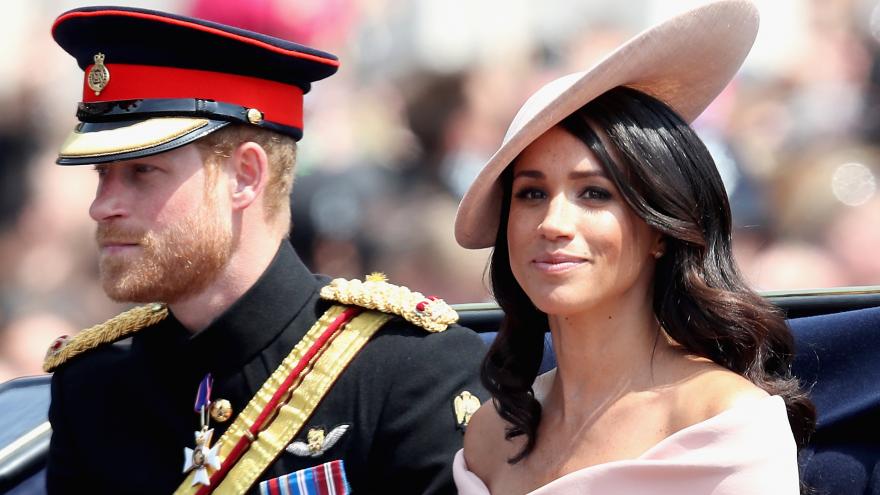 (CNN) -- The Duke and Duchess of Sussex will no longer use the titles His and Her Royal Highness after announcing they would step back from their roles as senior members of the royal family, Buckingham Palace announced Saturday.

Prince Harry and Meghan are no longer working members of the royal family and will repay the Sovereign Grant funds they recently spent to renovate their official residence, Frogmore Cottage -- £2.4 million (about $3 million) of British taxpayers' money -- the palace said in a statement.

As part of the agreement, the couple will be required to step back from their royal duties, including military appointments, and no longer represent the Queen, the statement from Buckingham Palace said.

Harry and Meghan will no longer receive funds for royal duties, it said. The arrangement will go into effect this spring.

"Following many months of conversations and more recent discussions, I am pleased that together we have found a constructive and supportive way forward for my grandson and his family," Queen Elizabeth II said in a statement.

"Harry, Meghan and Archie will always be much loved members of my family," she said. "I recognise the challenges they have experienced as a result of intense scrutiny over the last two years and support their wish for a more independent life."

"I want to thank them for all their dedicated work across this country, the Commonwealth and beyond," the Queen said, "and am particularly proud of how Meghan has so quickly become one of the family."

Harry will give up his three military patronages, a royal source said, and his position as Commonwealth youth ambassador. The couple will spend the majority of their time in North America, the royal source said.

The family has been discussing Harry and Meghan's future after the couple made a surprise announcement that they would step back from their roles as senior members of the family, split their time between the United Kingdom and North America and work toward becoming financially independent.

Saturday's news came after senior members of the family held a meeting at the Queen's Sandringham estate on Monday. Afterward, the Queen said she agreed to a "period of transition" while the final details of an agreement on the matter were ironed out.

Meghan, who was in Canada, did not call into the meeting, as expected, a source told CNN.

The couple has previously spoken about the toll that public scrutiny has taken on them, with Harry raising the possibility of living abroad during a TV documentary that aired in October.

Harry's mother, Diana, Princess of Wales, stopped using Her Royal Highness -- commonly referred to as HRH -- after her divorce from Prince Charles.