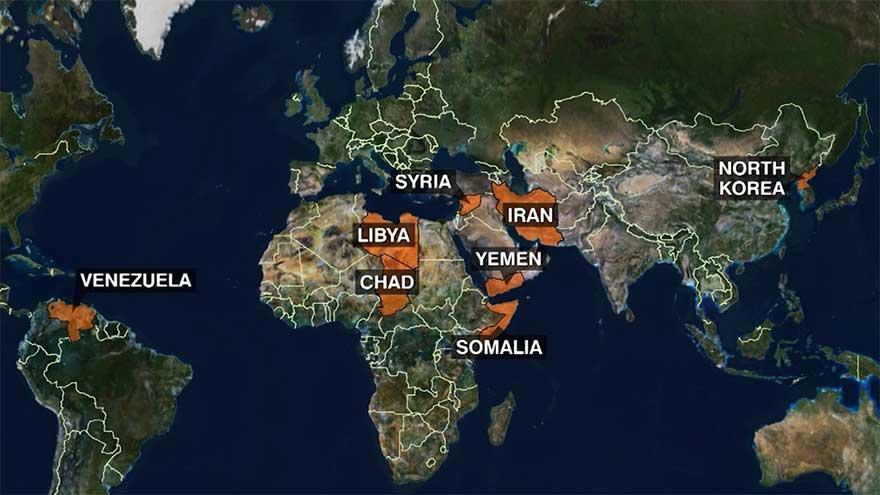 (CNN) -- A federal judge in Hawaii has blocked President Donald Trump's revised travel ban one day before it was set to take effect.

The President's executive order "suffers from precisely the same maladies as its predecessor: it lacks sufficient findings that the entry of more than 150 million nationals from six specified countries would be 'detrimental to the interests of the United States,'" Watson wrote.

"The entry restrictions in the proclamation apply to countries based on their inability or unwillingness to share critical information necessary to safely vet applications, as well as a threat assessment related to terrorism, instability, and other grave national security concerns," Sanders said in a statement.

The Justice Department will "appeal in an expeditious manner," spokesman Ian Prior said. "Today's ruling is incorrect, fails to properly respect the separation of powers, and has the potential to cause serious negative consequences for our national security."

Hawaii Attorney General Doug Chin celebrated the order. The state has been fighting each version of the travel ban.

"This is the third time Hawaii has gone to court to stop President Trump from issuing a travel ban that discriminates against people based on their nation of origin or religion," Chin said in a statement. "Today is another victory for the rule of law. We stand ready to defend it."

In his 40-page ruling, Watson repeatedly criticized the Trump administration for failing to adequately address concerns he and other judges have about the orders.

"Professional athletes mirror the federal government in this respect: they operate within a set of rules, and when one among them forsakes those rules in favor of his own, problems ensue. And so it goes with EO-3," Watson wrote.

The ruling comes after the administration conducted a worldwide review of vetting procedures, but that didn't satisfy Watson.

"Like its predecessor," he said, the revised order makes no finding that "nationality alone" would make a broad class of individuals a heightened security risk. He also questioned why "existing law" would be "insufficient to address the President's described concerns."

In addition, critics of the President believe that he added the non-Muslim majority countries of North Korea and Venezuela to the list of affected countries in order to bolster his arguments that the ban was not targeting Muslims. Watson said that the new entry ban -- like previous iterations -- "plainly discriminates" based on nationality.

While the travel restrictions were developed country by country, the findings "make no effort to explain why some types of visitors from a particular country are banned, while others are not," Watson said.

The administration has had almost a year to finesse the travel ban so that it would hold muster in the lower courts, and the latest ruling illustrates that the legal challenges are far from over. Whether the Supreme Court takes up the issue this term is an open question. The justices were poised to hear a blockbuster consolidated case concerning travel ban 2.0, but they dismissed one case and are likely to dismiss a second. The justices signaled that they want the lower courts to rule first on the new restrictions.

That means that while the issue may make its way back to the Court on an emergency basis, it is unlikely the justices will sit , this term, to decide the big questions concerning the President's authority to issue the ban.

It is "almost certain," CNN's Senior Legal Analyst Jeffrey Toobin said, that "travel ban three will be on a rocket ride to the Supreme Court and we will get a resolution one way or another."