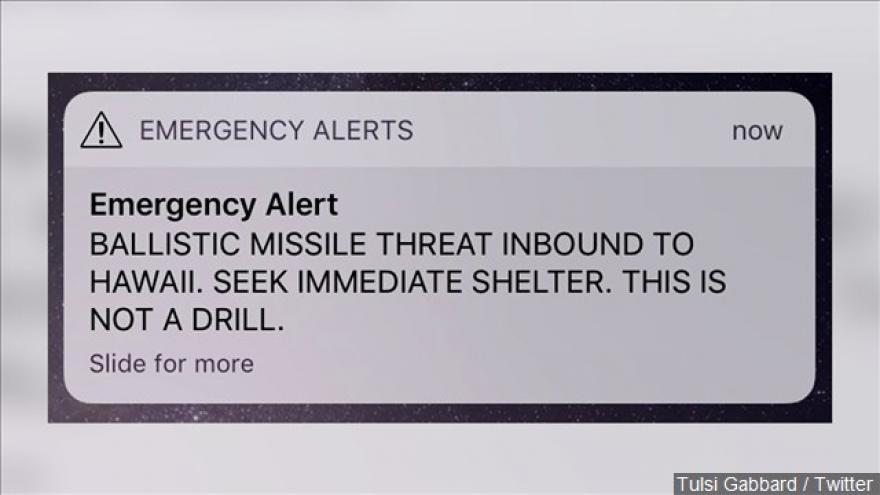 HONOLULU (AP) — The U.S. Department of Homeland Security's inspector general has recommended changes to the nation's emergency alert system after Hawaii officials in January mistakenly warned the public about an incoming ballistic missile.

A Hawaii Emergency Management Agency employee mistakenly sent the missile alert to cellphones and broadcasters on Jan. 13, triggering panic until the agency sent another message 38 minutes later notifying people it was a false alarm. 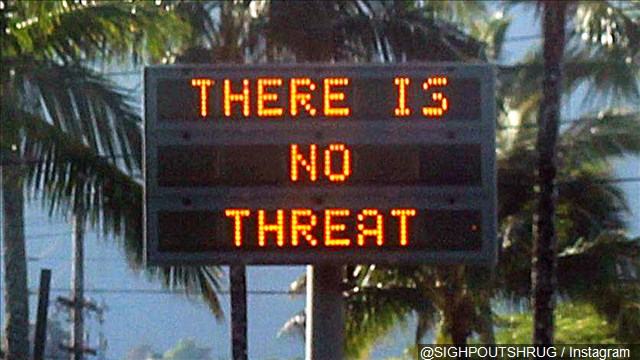 A highway median sign broadcasting a message of "There is no threat" in Kaneohe, Hawaii. @SIGHPOUTSHRUG / Instagram

The individual who sent the alert believed a real attack was imminent even though his colleagues understood they were participating in an exercise.

He selected the missile alert warning template from a drop-down menu, and clicked 'yes' in response to a prompt that read, 'Are you sure that you want to send this Alert?'

Hawaii officials successfully cancelled the message five minutes after it was sent, which prevented its retransmission over radio and television airwaves and stopped it from being sent to cellphones that were turned off when the alert was initially issued.

Lack of training wasn't found to be a concern in Hawaii, the inspector general's report said.

As a result, the inspector general's recommendations don't address the causes behind Hawaii's false alert. But they do address alert problems identified in other states.

For example, the state of Georgia once intended to send an alert about a winter storm warning but instead sent a confusingly worded message that referenced a civil emergency. Its software didn't allow the state to cancel the message.

In June 2017, Florida authorities attempted to send a child abduction Amber Alert to 54 counties but didn't know their software only allowed dissemination to a maximum of 31 locations at a time. As a result, 23 counties didn't receive the alert.

FEMA said it agrees with the recommendations.

Hirono said in a statement the inadequate safeguards found in the report were unacceptable.

"I will closely monitor FEMA's progress in implementing the Inspector General's recommendations to ensure such an incident never happens again in Hawaii, or in any other state that utilizes an emergency alert system," the Democratic senator said.