He says Fidelity wouldn't let him sell during Reddit mayhem, costing him $830,000 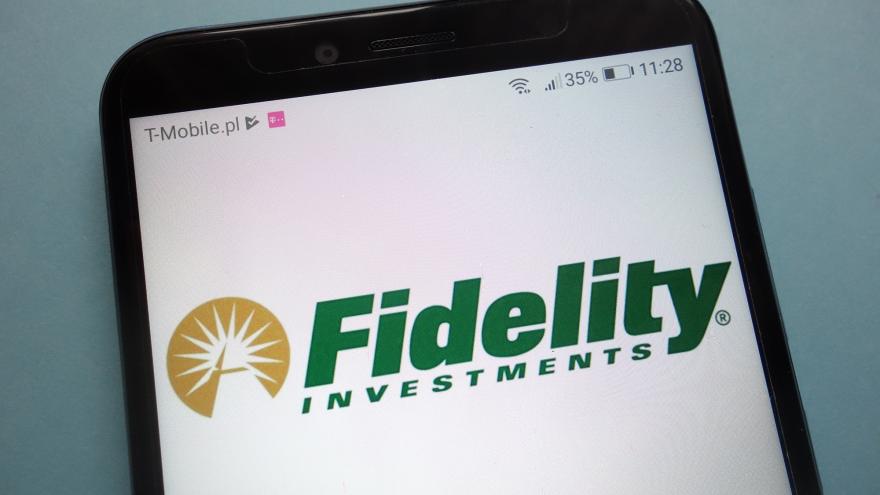 Fidelity is being accused of preventing one investor from selling some shares of Nokia and AMC on January 28, a move he says cost him $830,000. - Shutterstock

(CNN) -- Robinhood is in hot water for banning investors from buying GameStop during part of last month's Reddit-driven market mayhem. And now Fidelity is being accused of preventing one investor from selling some Reddit darlings, a move he says cost him $830,000.

Louis Hernandez filed a claim with Wall Street's self-regulator against Fidelity Brokerage Services on Thursday for blocking his attempts to unload shares of Nokia and AMC on January 28, his lawyer told CNN Business. Hernandez, who lives in Arizona, eventually sold the shares at a steep discount from where they had been trading when he initially tried to sell them, the lawyer said.

"It caused a huge loss for our client in a matter of days. It was really devastating," William Lewis, the lawyer representing Hernandez, said in an interview.

Fidelity said it had not received this specific complaint and does not comment on specific customers. The company said it does not have any restrictions in place, except for customers who trade with borrowed money, known as margin trading. Fidelity said it regularly adjusts margin and risk requirements for individual stocks based on market risks and other factors.

"Fidelity strongly encourages all investors to review their investments and ensure they align with their overall financial plan," the company said in a statement.

The Financial Industry Regulatory Authority (FINRA), Wall Street's self-regulating agency to which Hernandez filed, does not publicly release claims and declined to comment.

The episode illustrates the chaos caused last month when an army of traders on Reddit's WallStreetBets community sent GameStop, AMC and other stocks skyrocketing. Brokerages such as Robinhood were forced by clearinghouses to put up staggering sums of capital. Hedge funds like Melvin Capital that bet against GameStop had their short positions blown up. And some retail investors lost money when the Reddit-driven stocks imploded.

Hernandez bought $1.5 million of shares in AMC on January 27, his lawyer said. The movie theater chain's stock skyrocketed 301% that day, driven up by traders on WallStreetBets.

The next morning, Hernandez bought $1.5 million of shares in Nokia, another favorite of WallStreetBets.

Hours later, Robinhood outraged customers by temporarily suspending purchases of volatile stocks, including AMC and Nokia. Other brokerages imposed restrictions on the Reddit stocks as well.

Seeking to get ahead of the impending selloff, Hernandez tried to unload his AMC and Nokia shares when they were trading at prices above what he paid for them, his lawyer said.

"Over a period of hours he was trying to sell. The computer program won't allow him. He called customer service and they told him he should be able to sell," Lewis said.

The timing was especially critical because Hernandez had used borrowed money through the brokerage, known as margin trading, to buy most of the shares.

Eventually, the share price of AMC and Nokia plunged so deeply that it triggered a margin call, in which brokerages demand that investors who bought stock with borrowed money deposit additional cash or securities. Hernandez attempted to deposit cash to cover the margin calls, but Fidelity refused to allow him to do so, his law firm said.

According to the claim, Hernandez was forced to liquidate his shares at a steep discount from where they were trading when he initially tried to sell -- losing about $830,000 because of the delay, his law firm said.

"What's really troubling for me is that when he wanted to sell, they couldn't execute the orders," Lewis said. "But as soon as there was a margin call, and they wanted him to sell, he was able to."

Robinhood CEO Vlad Tenev is expected to testify at a hearing in Congress next week on the Reddit turbulence in financial markets, two people familiar with the matter told CNN Business. Tenev is likely to face questions over Robinhood's trading restrictions.

Tenev was asked during a recent interview on the platform Clubhouse why the app only restricted purchases and not sales of GameStop and other Reddit stocks.

"People get really pissed off," Tenev said, "if they are holding stock and they can't sell it."