He took sanctuary in a church more than 3 years ago. He just returned home because of a new Biden policy 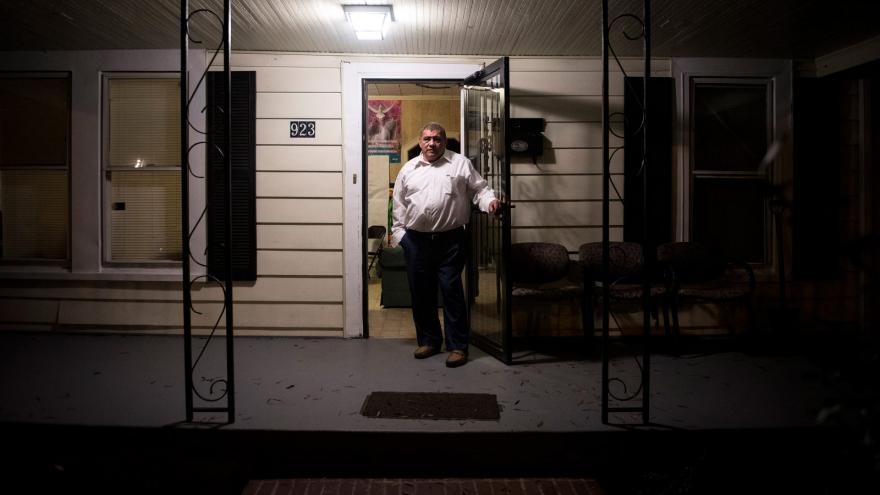 Pastor Jose Chicas stands in the doorway of the School for Conversion in Durham, North Carolina, in December 2018. Fearing deportation, he took sanctuary in the small house located on the grounds of a Baptist church in June 2017. - Charles Mostoller for CNN

(CNN) -- A Salvadoran immigrant who spent more than three years in sanctuary on the grounds of a North Carolina church headed home on Friday.

José Chicas, 55, says the Biden administration's new policies are giving him a chance to leave sanctuary -- and hope for the future.

Chicas took shelter in June 2017 inside the School for Conversion, a small house on the grounds of a Baptist church in Durham, North Carolina. At the time, he faced a deportation order after years of checking in with ICE.

Chicas says he never expected to spend so long in sanctuary.

"I had no idea what I was getting into," he told CNN this week in a phone interview as he packed and prepared to leave. "I thought it would be three or four months."

But months turned into years.

His family lives nearby in Raleigh and visited whenever they could. And from his confines on the grounds of St. John's Missionary Baptist Church, Chicas -- a pastor himself -- continued ministering to his flock via live Facebook videos and occasional in-person meetings.

In his sermons, he often preached about the power of redemption. Using drugs and alcohol put him on a dangerous path, he says -- one that led to a conviction for DUI and domestic abuse and eventually a deportation order. Since 2002, Chicas says he's been a changed man.

And he said this week that he's grateful the Biden administration's policies are giving him another chance. He's looking forward to spending more time with his family -- visiting parks and beaches and going out for ice cream.

"It's going to be a beautiful change," he said.

A new Biden administration policy took effect on Friday, blocking most deportations for 100 days while officials review policies and ensure "a fair and effective immigration enforcement system focused on protecting national security, border security, and public safety," according to a Department of Homeland Security news release.

It's not clear what will happen after that 100-day window ends, but Chicas says he's confident the new President "has a different heart from the government that just left" and will come up with a solution to help him and millions of other undocumented immigrants.

It's not clear whether other immigrants who've taken sanctuary in churches are leaving. A growing number of undocumented immigrants sought protection in churches during the Trump administration as the government intensified its crackdowns on illegal immigration. An ICE policy limits the agency from arresting anyone in "sensitive locations" -- schools, hospitals or houses of worship -- except in extenuating circumstances.

In 2018, around 50 people were living in sanctuary inside churches nationwide, according to Church World Service. Officials from the organization didn't immediately respond to an inquiry from CNN for updated data.

Chicas said he spent many days in sanctuary feeling forgotten, isolated and full of anguish about the future.

But there were brighter moments, too.

"I met so many people. ... I've come to realize that there are hundreds and hundreds of Americans that have a good heart and love immigrants," he said. "I've seen it with my own eyes."