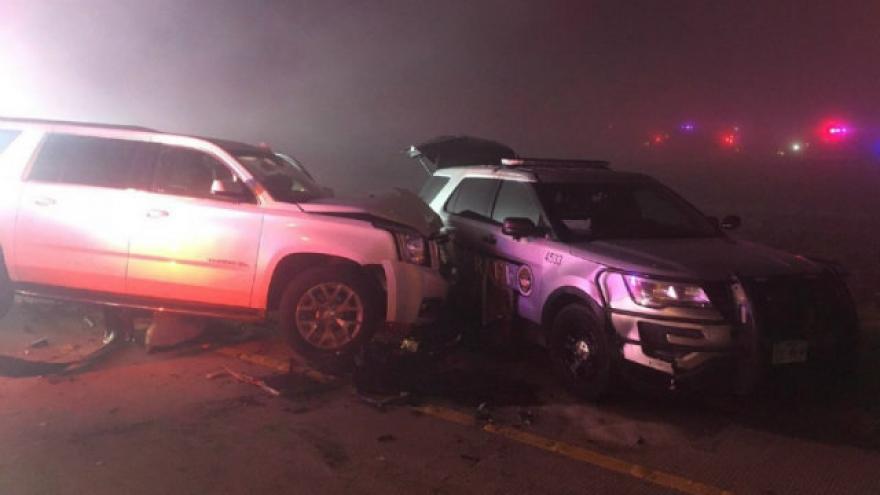 (CNN) -- First responders treated 56 people following a crash early New Year's Day involving more than 20 vehicles near Austin, Texas.
Of the 56, nine patients were taken to hospitals with injuries that ranged from minor to serious.

Austin-Travis County EMS (ATCEMS) says there was heavy fog in the area at the time of the wreck, and fire officials said that may have been the cause.

The Austin Fire Department assisted with patients and cleaned up multiple fluid and fuel spills resulting from the collision.

Other metro areas saw a foggy and rainy 2019 start, including New York, Boston and Washington, D.C..