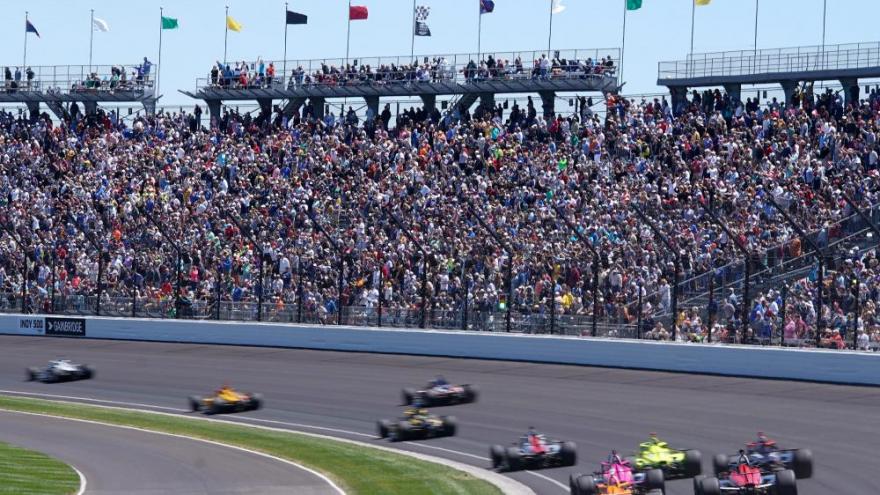 By beating Alex Palou in the final laps of the 105th running of the Indy 500, Castroneves now ties A.J. Foyt, Rick Mears and Al Unser for the most all time first-place finishes. Castroneves has 31 Indy car victories in his career.

Castroneves is known as "Spiderman" for climbing the fence to celebrate his wins, according to the IndyCar.com site.

"This will be a fence climb for the ages," IndyCar tweeted after the race finish.

Castroneves was born in Sao Paulo, Brazil, but now lives with his fiancee and their daughter in Fort Lauderdale, Florida, according to his official website.

He began his career in karting before competing in the British Formula Three series, the website says. Castroneves started Indy car racing in 1996 and won the Indy 500 on his first attempt in 2001.

This year's event at Indianapolis Motor Speedway was billed as the most-attended sporting event since the pandemic's start, with the 135,000 tickets available -- approximately 40% of the Indiana racetrack's capacity -- quickly selling out.