Her daughter worried when she didn't send her usual Wordle update. She was being held hostage by a naked man, police said 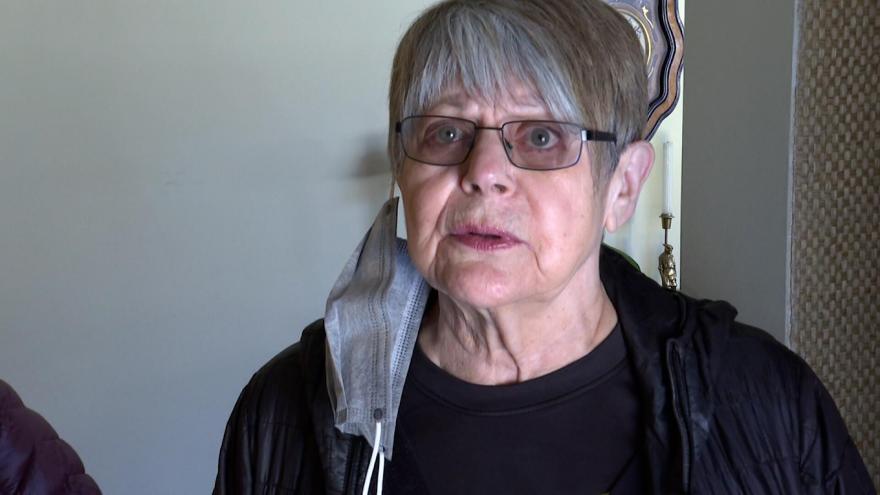 Denyse Holt said she did not think she would survive being held hostage in her home.

(CNN) -- An Illinois woman held hostage in her home was rescued after her daughter noticed she had not sent her Wordle score and alerted local authorities.

The woman, 80-year-old Denyse Holt, told CNN affiliate WBBM that a naked man entered her Lincolnwood home, dragged her around the house, disconnected phone lines, and eventually barricaded her into a bathroom, where she stayed for about 17 hours.

"I didn't think I was going to live," she told the station.

Lincolnwood police officers went to check on the homeowner Sunday night after receiving a call from her concerned daughter who hadn't heard from her, the police department said in a news release. The village of Lincolnwood is about 15 miles northwest of Chicago.

Her daughter, who was in Seattle, told the station she noticed her mother was not reading her texts and had not sent her usual Wordle updates.

"I didn't send my older daughter a Wordle (score) in the morning and that was disconcerting to her," Holt told WBBM.

Responding officers saw a broken window in the home and eventually located the homeowner held in the basement, the news release said. Officers determined she was not physically hurt, it added.

They found the suspect on the second floor of the home armed with several knives and, after attempting to arrest him, called for more forces to help take him into custody, the release said. The suspect was taken into custody early Monday morning and transferred to a local hospital for medical treatment.

Police said the suspect likely took his clothes off earlier Sunday during what investigators believe was a mental health crisis, before breaking into the home.

Investigators believe the victim and the suspect had no previous contacts and were not connected in any way, according to the release.