Here's how to drive safely on ice and snow 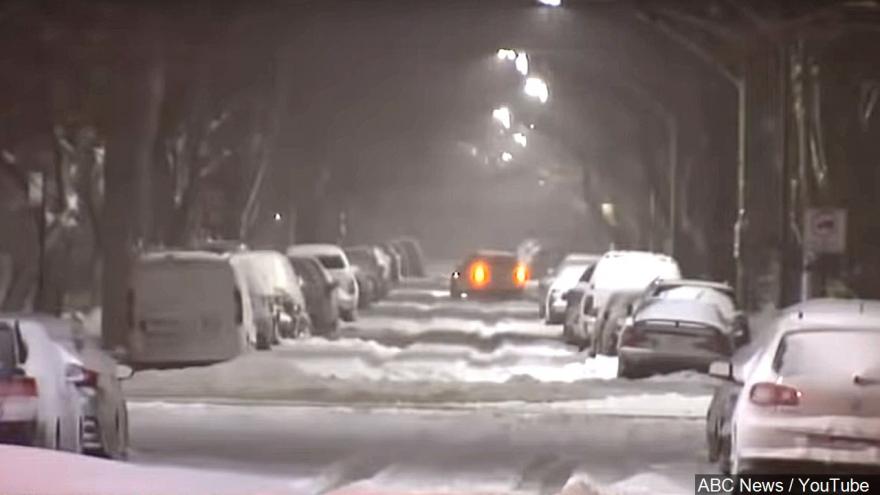 Bad weather has led to at least 37 deaths -- including several fatalities resulting from car crashes -- across the country as one winter weather system followed another over the past six days.

As states continue to dig out of the slippery mess, officials warned people to avoid driving unless it is absolutely necessary -- and to practice extreme caution if they do drive. That's because snow, sleet and freezing rain have blanketed cars, iced over roads and hampered visibility for millions of drivers.

But many motorists, especially those in the southern US, may be unfamiliar with navigating through sleet or black ice.

Here's a short guide to driving safely in winter weather:

If motorists have any issues with their car's battery, brakes, heating and cooling system or ignition system, they should try to stay off the roads.

For those who must go out, it's important to plan.

-- A bag of abrasive material (sand, salt or cat litter), a snow shovel and traction mats

-- A flashlight and warning flares or triangles

-- A cellphone and charger

-- An extra set of gloves and a blanket

-- Emergency food supplies such as power bars or beef jerky. And water.

Motorists should also have at least half a tank of fuel before venturing out, the AAA says, and make sure tires are properly inflated.

Always de-ice your vehicle before driving

Iced-over vehicles can limit driver visibility, and ice flying off cars can be hazardous to fellow drivers, so de-ice vehicles before driving.

The AAA suggests that drivers clean their windows and windshield, replace their window wiper blades if they're leaving streaks, and clean all snow and ice from their hood, roof, trunk, lights and windows.

Drivers should warm their car's engine for a few minutes before hitting the road.

When driving in conditions with low visibility, motorists should proceed slowly with their headlights on low beam, the AAA advises.

The AAA also recommends that drivers avoid stopping if possible. Instead, motorists should drive slowly so their car keeps rolling without requiring a full stop.

Steering around an obstruction is often safer than braking suddenly at speeds above 25 mph on a slippery surface, according to AAA's pamphlet, "How to Go on Ice and Snow."

In case of skidding, drivers are advised to steer in the direction they want the front of the car to go, keeping their eyes on the travel path. They should not slam on the brakes -- that's likely to make it harder to regain control.

Drivers should attempt to ease their vehicle out of parking spaces without spinning the wheels. Drive back and forth for several feet in either direction to clear a path, the AAA advises, and spread sand or salt near the wheels if additional traction is needed.

Keep as much distance between you and other cars

To safely brake if necessary, the AAA advises drivers to increase following distances to 8 to 10 seconds when driving on ice or snow.

On highways, drivers should not change lanes often as they can lose control driving over snow that gathers between lanes.

Take the hills as slowly as possible

When driving on hills, drivers should stay as far from other vehicles as possible so they don't have to stop while maneuvering around cars that are stuck.

This will allow drivers to gently speed up when they're near the bottom of the hill, the AAA says.

Motorists should drive downhill extremely slowly and try not to use the brakes. When it's necessary, however, drivers should brake gently so they don't lose control.