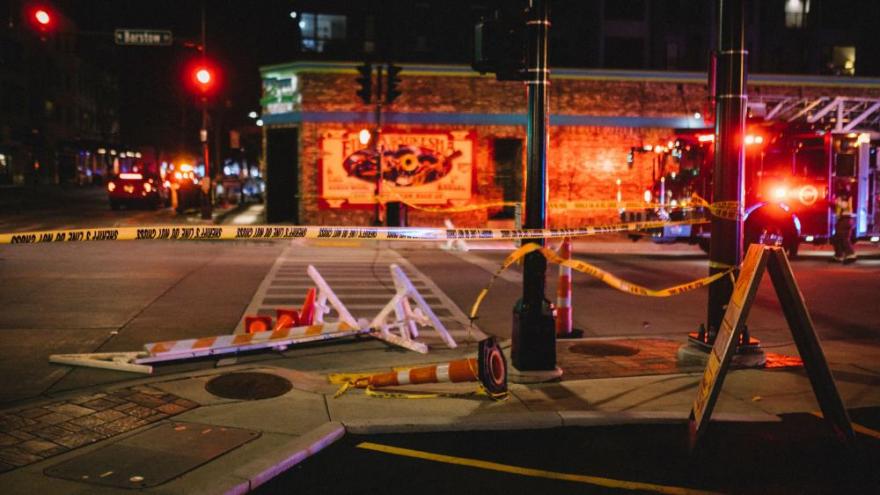 Police cordon off a crime scene on November 21, 2021 in Waukesha, Wisconsin. According to reports, an SUV drove through pedestrians at a holiday parade, killing five and injuring 48 more.

(CNN) -- Darrell E. Brooks, 39, of Milwaukee is the suspect in Sunday's incident in which an SUV plowed into a Christmas parade in Waukesha, Wisconsin, leaving five people dead and 40 injured, authorities said Monday.

"We are confident he acted alone," Waukesha Police Chief Dan Thompson said at a news conference. "There is no evidence this is a terrorist incident."

He said Brooks was involved in a domestic disturbance just prior to driving his SUV through the parade Sunday afternoon.

Earlier, police said they had "a person of interest in custody," but would not say whether it was the driver of the SUV.