HHS says 1,000 coronavirus tests will be available as senators return to DC 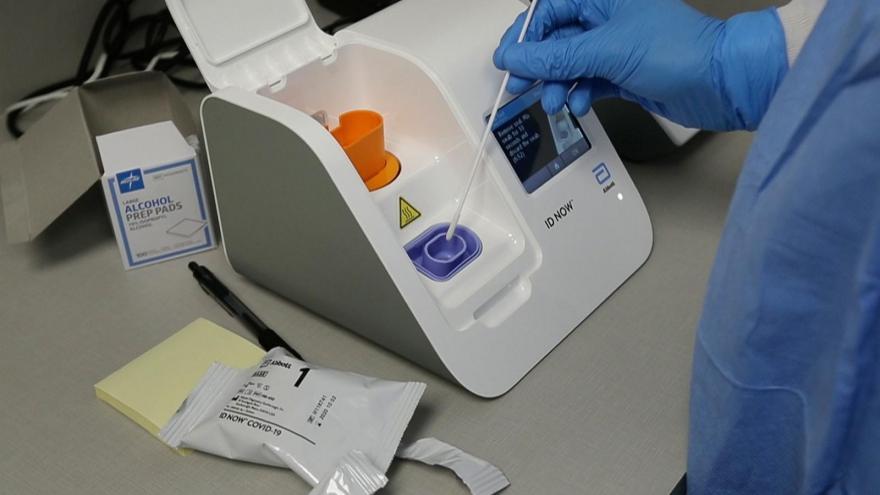 Health and Human Services Secretary Alex Azar announced that 1,000 coronavirus tests will be available as US senators and staff return to Capitol Hill on Monday, after the Capitol physician earlier said testing for members would be limited.

(CNN) -- Health and Human Services Secretary Alex Azar announced that 1,000 coronavirus tests will be available as US senators and staff return to Capitol Hill on Monday, after the Capitol physician earlier said testing for members would be limited.

"Good news: as the Senate reconvenes to do important work for the American people during this public health crisis, we have now received an initial request and are sending 3 Abbott point of care testing machines and 1,000 tests for their use," Azar tweeted Friday.

The Senate is set to return to work in Washington, DC, on Monday as their states continue to battle the coronavirus outbreak, creating anxiety and concern among members and staffers who feel their health is being put at risk. The number of coronavirus cases in the nation's capital are still high and health experts have urged workers there to remain at home.

Many senators fall into the high-risk category for age and pre-existing conditions that make them vulnerable to coronavirus, according to the Centers for Disease Control and Prevention guidelines.

Capitol attending physician Brian Monahan indicated on a private conference call Thursday that the Capitol lacks the capacity to regularly test all senators, saying that tests would only be made available to those who are sick, according to two sources familiar with the call.

On Twitter Saturday, Trump assured that there is "tremendous CoronaVirus testing capacity in Washington" for senators returning Monday.

Senate Majority Leader Mitch McConnell told Fox News in an interview Thursday that he believes the chamber can "conduct our business safely."

The Senate plans to consider more of Trump's judicial nominees, which has prompted outcry from Democrats who argue that members should only be reconvening to focus on oversight of the coronavirus response and passing a new relief package.

On Friday, Monahan released guidelines for how the Senate should operate, advising offices to limit the number of staff, avoid gatherings, screen visitors, wear face covers and social distance.

Meanwhile, the US House of Representatives -- which has 435 members compared to 100 in the Senate -- canceled its plans to return to Washington this upcoming week, with Democratic leadership citing guidance from Monahan.

Pelosi had said earlier in the week that the chamber is "at the mercy of the virus" and its schedule will depend on guidance from Monahan and the sergeant at arms.