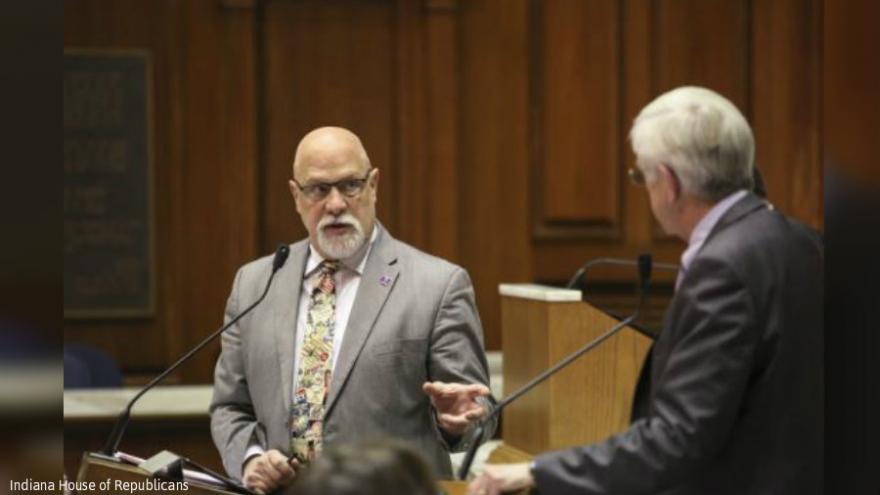 INDIANAPOLIS (AP) — One of the top-ranking Republicans in the Indiana Statehouse was seriously injured Wednesday morning in a motorcycle accident in northern Michigan.

House Ways and Means Chairman Tim Brown, of Crawfordville, was on a trip with fellow GOP state Rep. Mike Speedy when an SUV pulled out in front of him, Republican Speaker Brian Bosma said in a statement.

Speedy, of Indianapolis, was uninjured. But Brown was thrown from his motorcycle in the crash.

Speedy told the Indianapolis Business Journal that Brown was in a medically induced coma and would be treated at an unnamed hospital in Ann Arbor. He said the accident occurred near the Mackinac Bridge, which links Michigan's two peninsulas.

"Out of respect for Tim's family, we cannot confirm any details about his condition at this time," Bosma said. "Tim is an invaluable member of our leadership team, a dedicated public servant and one of my most cherished friends. Our prayers are with him, his family and Rep. Speedy."

Brown, a retired emergency room physician, has served in the Legislature since 1994.

He has long been a motorcycle enthusiast and often posts photos to social media of his bug-splattered Harley Davidson from scenic locations during lengthy rides. He is married and also has four daughters.

As chairman of the House Ways and Means committee, he has had a considerable degree of influence in Republicans' legislative accomplishments, including last year's massive road funding plan. He was previously chairman of the Public Health Committee and the Statutory Committee on Ethics.

Gov. Eric Holcomb said in a statement that he was praying for Brown.

"In addition to being a public servant and an extraordinary leader, Dr. Tim Brown is a fighter," Holcomb said. "Janet and I are praying for his recovery and ask Hoosiers across the state to join us."