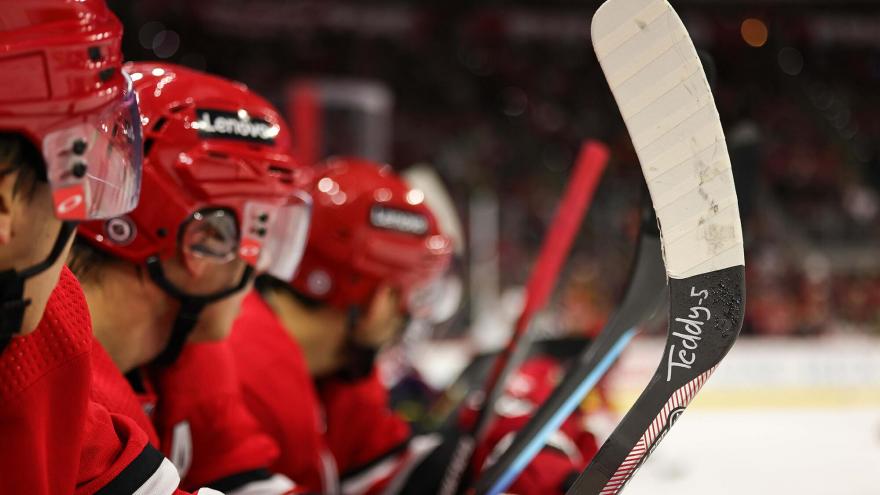 Teuvo Teravainen #86 of the Carolina Hurricanes pays tribute on January 8 to high school student Teddy Balkind, who died in a hockey game collision.

(CNN) -- The Connecticut Office of the Chief Medical Examiner ruled the death of Teddy Balkind, the high school hockey player who died last week, an accident.

According to an e-mail to CNN the ME's office said Balkind died of an "incised wound of [the] neck." The short statement went on to say it was an "accident" which stemmed from a "cut by skate of other ice skater after falling on ice during game."

Last Thursday during a game, Balkind fell to the ice, according to local police. A player from the opposing team was near him and was unable to stop. The two players collided, which resulted in Balkind suffering the fatal injury, CNN previously reported.

The young man was transported to Greenwich Hospital, where he later died as a result of the injury, authorities said.

Balkind was a sophomore at St. Luke's School in New Canaan, CT. The school closed on Friday following the death and on Monday began with a delayed start and "a special schedule," according to a post on its Facebook page.

"We are saddened beyond words," Thomas W. Philip, head of Brunswick School, told CNN. "Our thoughts and prayers are with the family of the boy, the players and coaches on both teams, the entirety of the St Luke's School community, and our own students and families."