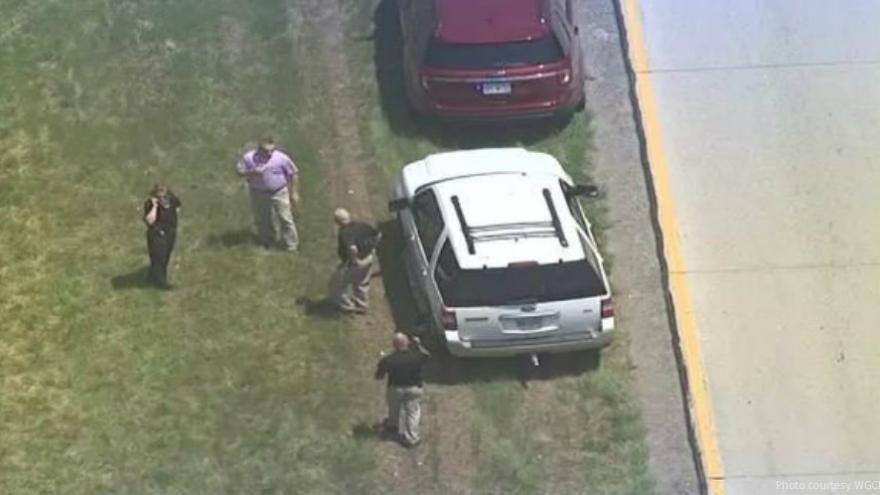 (CNN) -- A sniper who targeted cars on a Georgia highway left behind a "hate-filled" document describing the Parkland high school gunman Nikolas Cruz as a hero, a sheriff said.

He shot at cars in Gainesville on Friday, leaving three people injured before he shot himself dead, Hall County Sheriff Gerald Couch said in a statement Saturday.

Harbour hid in the woods as he waited for motorists on the side of Georgia 365, Couch said. He fired at least 17 times and hit seven cars, wounding two men in the hip and leg. A third person -- a woman -- was slightly injured by broken glass, authorities said.

The two men suffered injuries that are not life-threatening, and are in stable condition.

A search of Harbour's home revealed a "hate-filled" document applauding Cruz, who massacred 17 people at a high School in Florida in February.

"He called Nikolas Cruz a 'hero' and said Cruz gave him 'courage and confidence,' " Couch said.

"Also in the vehicle, investigators found approximately 3,000 rounds of .22 ammunition, 350 rounds of 9mm ammunition and 150 12-gauge shotgun shells," he said.

The first 911 call came just before midday Friday from a motorist who said her husband had been shot, Couch said.

"Almost immediately, additional callers reported hearing gunshots and advised that other vehicles had been struck by bullets in the same vicinity," he added. "911 callers also indicated a second adult male motorist had been hit by a bullet."

Authorities closed Georgia 365, a state highway, and set up a perimeter.

Minutes later, police spotted a beige Buick Century pulling out of the woods, Couch said. As a deputy ran toward the car with a gun drawn, the driver sped off on the highway.

After a brief chase, the driver shot himself in the head with a 9mm pistol, Couch said.

"The car went out of control and came to a stop in the median," he said. "No law enforcement officers fired shots during the incident."

Cameras captured images of the gunman heading to the area and taking up position to fire, authorities said.

Gainesville is about 60 miles from Atlanta.