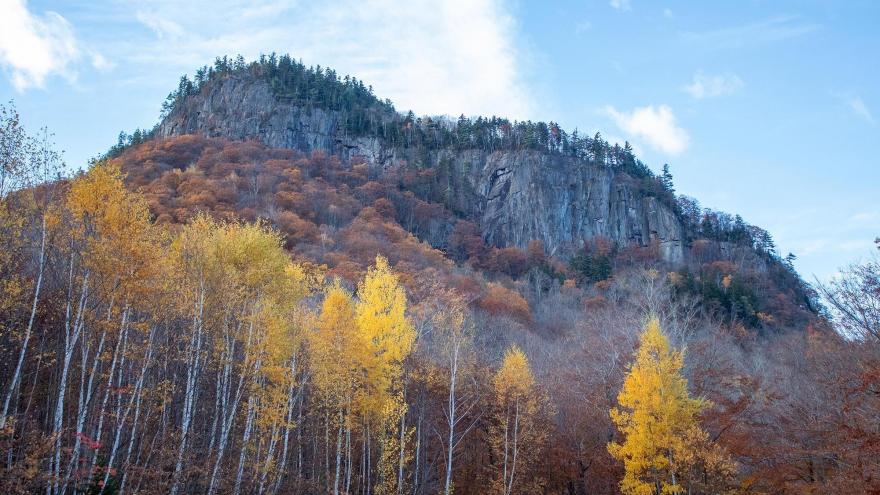 A man died while hiking a trail in a New Hampshire state park Saturday, making for the third hiking/climbing-related fatality within a week, according to the New Hampshire Fish and Game department.

(CNN) -- A man died while hiking a trail in a New Hampshire state park Saturday, making for the third hiking/climbing-related fatality within a week, according to the New Hampshire Fish and Game department.

The unidentified man was hiking at Arethusa Falls on Saturday when he went ahead of his friends to the top of the falls, which have an average height of 70 feet, according to a news release from the department. When the friends caught up, they found their friend's body. They hiked to an area that had cellphone reception and promptly called 911, the release said.

The death was one of three reported between September 20 through the 26, according to the department.

On Friday, another man died after suffering a "catastrophic equipment malfunction" while climbing Rumney Climbing Rocks, the department said. According to interviews with the man's friend and nearby hikers, the man said he was coming down from his climbing route when the equipment failed, leading him to fall about 55 feet. While medical crews responded, the man died at the scene, the department said. They did not release the identity of the man.

On September 20, a man died after a rock "the size of a refrigerator" severed his climbing rope, the department said in a release. A search and rescue team found the man and determined he had died, but had to retrieve him the next day due to decreasing sunlight. The man was identified by the New Hampshire Fish and Game Department as 34-year-old Benjamin Kessel of Somerville, Massachusetts.

According to his obituary posted in the Boston Globe, Kessel was an "avid rock climber who loved the outdoors."

CNN has reached out to the New Hampshire Fish and Game department for more information on the increase in fatal accidents.