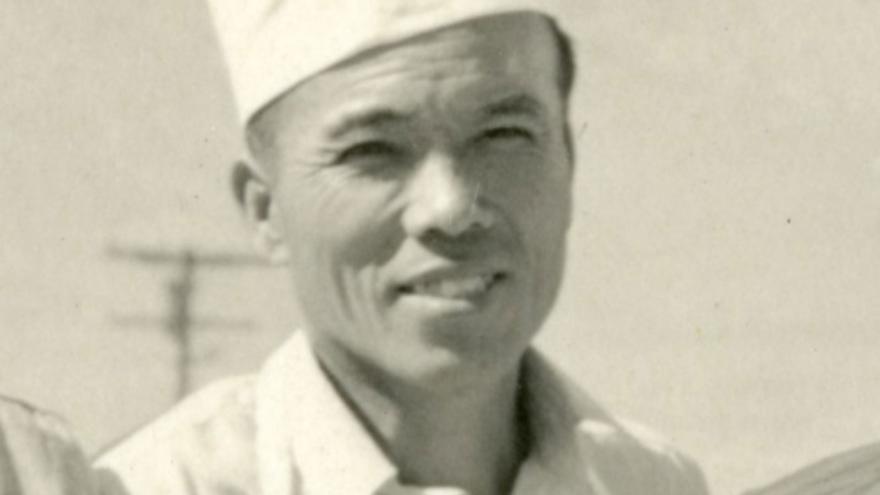 (CNN) -- In early October, two hikers were traversing an alpine path, high in California's Sierra Nevada range, when the unexpected happened: they stumbled upon human remains.

The hikers reported their surprising find to local authorities. And once the weather cleared up nine days later, officials from Inyo County recovered the remains, sending them to the coroner's office for examination.

That's where the story takes another unusual turn. The remains belonged to Giichi Matsumura, a Japanese man who had lived in an internment camp for those of Japanese ancestry during World War II, according to a DNA analysis by the Department of Justice.

The 46-year-old Matsumura was living with his family and 11,000 other incarcerated Japanese at the Manzanar War Relocation Center when he joined a group of fisherman on July 29, 1945, to venture up into the high mountain lakes, according to a news release from the Inyo County Sheriff's Office.

Several days later, on August 2, he left the main group, venturing out on his own to paint and sketch in solitude among the sweeping mountain vistas.

But a storm came, and in the aftermath, the fishing group couldn't find their lost friend. They hiked down the mountain, hoping Matsumura had beaten them back.

But he wasn't there either. He died in the mountains.

A month later, a couple from nearby Independence, California, was hiking on Mount Williamson and found Matsumura's body, the news release says.

"They had to leave him there," Matsumura's daughter Kazue told the National Park Service in a 2018 oral history. "But you know, you couldn't bring him down from there because it's too high."

Matsumura's wife, Ito, sent a sheet up with the burial party to cover her husband's body. And the Buddhist Church held a funeral for Matsumura below in the Manzanar camp.

The discovery recalls a painful chapter in American history

Manzanar is one of 10 concentration camps, or War Relocation Centers, established by the US government during the Second World War to house Japanese people while the war raged in the Pacific.

At the time when Matsumura set off with the fishing group into the Sierra Nevada, the government's exclusion order had expired. He and his family were free to leave.

But the Matsumura family didn't have a business or home to return to, so they continued living at the camp until it was officially shut down on November 21, 1945, according to the Manzanar National Historic Site.

"We have always wanted to respect his family's privacy for the tragedy they endured near the end of their three-year incarceration, being so close to leaving camp," Manzanar Superintendent Bernadette Johnson said in the news release.

She noted that 74 years after Matsumura's death, it was shocking to hear that hikers had found his body.

"We hope that his family will have some closure and peace now that a positive identification has been made," Johnson said.