Hillary Clinton on Trump's handling of the coronavirus: 'I would have done a better job' 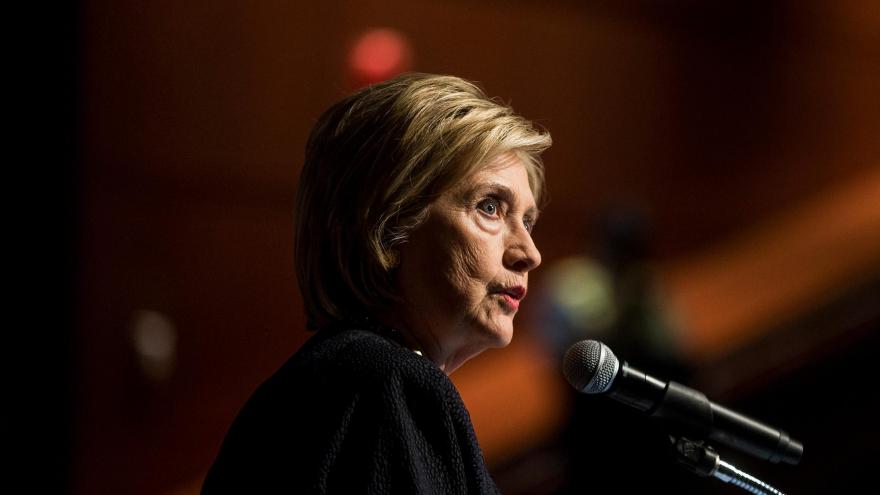 Hillary Clinton criticized President Donald Trump handling of the coronavirus by saying that she -- as president -- would have done a better job handling the international pandemic.

(CNN) -- Hillary Clinton taunted President Donald Trump in an interview published on Friday, criticizing his handling of the coronavirus by saying that she – as president – would have done a better job handling the international pandemic.

The comment from a former rival, which came during a wide-ranging interview on a documentary released this year about Clinton's life, hits Trump on an issue that has depressed his reelection hopes and frustrated his administration.

Clinton said it was "frustrating to be on the sidelines in a pandemic," adding that while she is trying to do her part by speaking out and raising money, she feels like she could do more.

The coronavirus pandemic has dominated the last four months of American life, including altering every aspect of the presidential campaign. Trump's campaign has struggled to forge on in the face of the pandemic and the economic downturn it caused. More than 2.7 million cases of Covid-19 have been confirmed in the United States, by far the most in the world, and more than 128,000 Americans have died.

The former secretary of state and 2016 Democratic presidential nominee did not hide her disdain for Trump throughout the interview, calling him a "vindictive score-settler" and suggesting that the country is getting a good look at what it means to have a President who isn't prepared for the job.

"Part of what he does in the way he lashes out is because, deep down, he knows the Russians helped him, despite his incredible efforts to deny it. He knows WikiLeaks helped him. He understands all of that," Clinton said. "He's a vindictive score-settler, and he doesn't want the legitimacy of his election ever to be questioned, although history will continue to question it."

Clinton's latest round of interviews comes months after the release of "Hillary" and as the documentary begins to get awards consideration. The documentary, which looked at the sweep of Clinton's life over a four-part series, recently won The Critics Choice Association's award for best limited documentary series.

Clinton was asked a number of questions about her life in the interview, where she said she finds it "impossible to answer" what her life would have been like if she didn't marry former President Bill Clinton and described her encounters with Trump before the 2016 election as "not very many and not of great moment, certainly not to me."

But Clinton's most pointed comments came in response to questions about the tumult facing the country, both over the ongoing pandemic, the nation's reckoning with racism and police brutality, and the way voters and top companies are approaching the 2020 campaign.

She added: "They've got to be held accountable because we're going to have another election, and everybody should know what's at stake and then cast their vote accordingly."

Clinton said she would not run for office again -- "Not in the cards" -- but did not dodge a question about whether she thinks she would beat Trump if she were running against him in 2020.

"Yes," she said bluntly. "But I think people believe that this is a referendum on him."