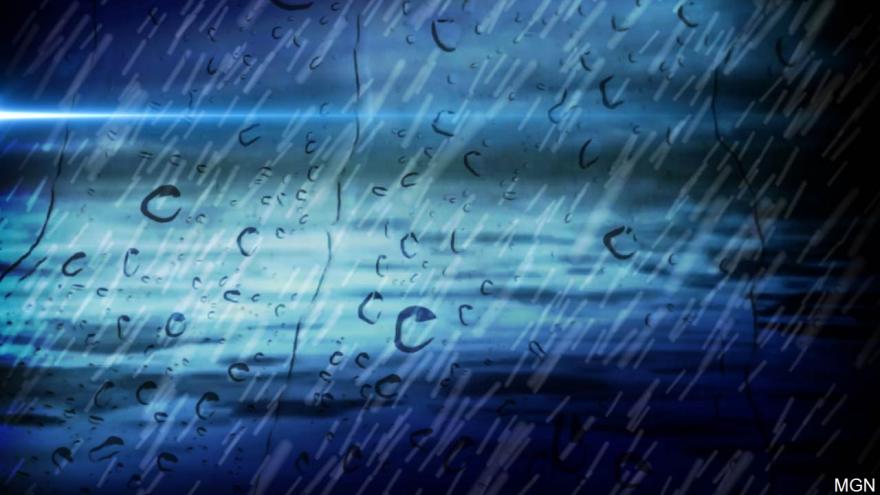 (CNN) -- The threat of record flooding has areas of the central United States on alert after more than a week of extreme weather that has brought with it tornadoes, fierce winds and heavy rains.

Spring storms have resulted in five deaths in Missouri, one in Iowa and six in Oklahoma. In Indiana, a 4-year-old boy is missing after strong currents from heavy rains swept him away.

CNN Meteorologist Robert Shackelford said 3.6 million people were under a flash flood watch, and 1.3 million under a severe thunderstorm watch overnight Sunday, with nearly 50 million at risk of severe weather impacts on Monday.

"Severe thunderstorms are continuing along the central High Plains, bringing damaging winds and the possibility for a few tornadoes, but these systems will weaken throughout the night," he said.

Shackelford said the Arkansas River is experiencing record flooding, with one site at Van Buren already over 38 feet -- the record set in 1945 -- and an expected crest at 42.5 feet late Tuesday into early Wednesday.

Oklahoma and other parts of the Midwest are still reeling from a deadly spring storm system that has resulted in more than 170 reported tornadoes plus strong winds, flash flooding and hail.

In Tulsa, Oklahoma, the Army Corps of Engineers said it was increasing the release of water at Keystone Dam to 265,000 cubic feet per second (CFS) Sunday evening and to 275,000 CFS Monday morning "with the expectation to leave it at this level through Thursday."

"Due to the additional release at Keystone Dam, flood water is expected to rise and residents and businesses along the Arkansas River must remain vigilant and take precautions based on the new data available," the city said in a release.

On Twitter, it said that emergency services had responded to reports of a man in the river Sunday evening. "We are hopeful he somehow made his way safely to the bank. It's extremely important to avoid the river to ensure your safety," it said.

"We continue to urge residents along the river to plan for the flood of record (the worst flood in Tulsa history), which was equivalent to 305,000 CFS," the mayor said on Facebook.

"The levees continue to operate as designed, but this will place an even greater load on them," he said, urging residents living behind Levees A and B to relocate.

Governor Asa Hutchinson on Friday declared a state of emergency in relation to the storms and flooding that began May 21, saying that "severe flooding of historic proportion will likely result."

After a briefing on flooding along the Arkansas River Sunday morning, Hutchinson approved $100,000 in emergency funding to support sandbagging work.

"I appreciate all the neighbors and volunteers filling sandbags and assisting with evacuations. The state team is continuing to respond to assistance requests, and more funds will be allocated as the situation demands," the governor said in a statement.

Ten Arkansas counties had verbally declared Sunday morning -- meaning they can request disaster resources. Another two had submitted written declarations, the Arkansas Department of Emergency Management said in a statement.

As of 6 p.m. local time Sunday (7p.m. ET), areas of Crawford, Franklin, Jefferson and Perry counties had already been evacuated and officials were encouraging some residents of low lying areas to evacuate in Conway, Faulkner and Logan counties. Visitors to RV parks in low lying areas of Pope County were also being encouraged to leave, the department said.

A state of emergency has also been in place across all 77 counties of Oklahoma since Friday due to the severe weather.

Six people have died in the state after flooding, severe storms and tornadoes.

Two people were killed when a powerful EF-3 tornado touched down in El Reno, about 29 miles west of Oklahoma City, late Saturday.

A mobile home park was "devastated" after the twister made landfall, Mayor Matt White said. El Reno has a population of about 19,000.

"It's a lot of devastation here, it's leveled, it's just devastated," White said in a phone interview with CNN. "It's tore all to pieces, it was terrible."