President Biden on historic Putin summit: 'I did what I came to do' 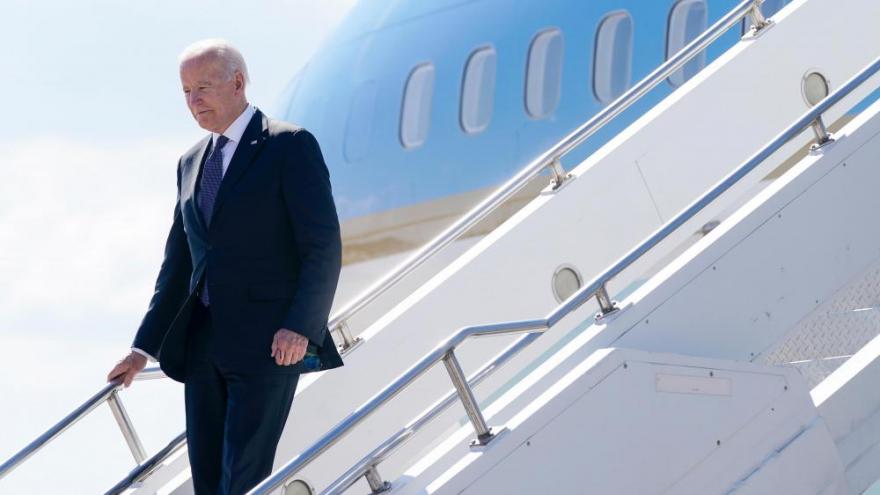 (CNN) -- President Joe Biden said he had raised human rights and cyberattacks during a summit with Russia's Vladimir Putin on Wednesday that provided an early and critical test of his diplomatic skills in the highest-stakes talks of his long career.

Both Biden and Putin afterward described the three-hour-long summit as generally positive but without any major breakthroughs. Biden suggested the face-to-face was compulsory in a time of deeply strained ties between the United States and Russia. And he said proof of progress would come later, when the results of his diplomacy bear out.

"I did what I came to do," he said, describing a day that ended as expected: with a better understanding of a shrewd counterpart but without any new areas of agreement.

Biden began a post-summit news conference emphasizing his focus on human rights during the meeting, including raising the case of jailed opposition leader Alexey Navalny. Earlier, Putin said he had not detected any hostility between Biden and himself.

There were a few modest outcomes following the talks, including an agreement to return each country's ambassador to their post and assigning experts to focus on the growing problem of cyberattacks.

But most of all, both Biden and Putin seemed to suggest the real upshot of their encounter was getting a read on each other ahead of what will likely still be a highly contentious relationship.

"I told President Putin my agenda is not against Russia or anyone else, it's for the American people," Biden said. "I made it clear to President Putin that we'll continue to raise issues of fundamental human rights because that's who we are."

Speaking during his own hourlong news conference just before Biden's, Putin called the talks "constructive" and said he had come away with a generally positive impression of the American leader.

"He's a balanced and professional man, and it's clear that he's very experienced," Putin said. "It seems to me that we did speak the same language."

Still, he offered no signs of altering malign behavior that has tested the West's ability and willingness to respond. And he did not alter his rhetoric, decrying Navalny and denying Russia's roles in cyberattacks.

Instead, he described a frank and pragmatic three hours that had not led to a deep or emotional connection.

"It certainly doesn't imply that we looked into each other's eyes and found a soul or swore eternal friendship," he said.

The summit between Biden and Putin was broken into two rounds: the first a smaller session and the second with larger delegations. The total run time came in shorter than the four to five hours officials initially had predicted for the summit.

"After two hours, we looked at each other like: OK, what's next?" Biden said, explaining the shorter-than-expected talks.

The summit had begun earlier in the day inside a book-lined study, where each leader wore a serious expression as he delivered perfunctory opening remarks. Biden and Putin spoke through translators and didn't seem to look at each other directly.

Biden said he was seeking a "predictable and rational" relationship with Russia and made reference to the US and Russia as "two great powers," a notable elevation of Moscow's status on the world stage.

"I think it's always better to meet face-to-face, try to determine where we have mutual interest, cooperate," Biden said. For his part, Putin thanked Biden for "the initiative to meet" as the pair sat down ahead of their first meeting.

"I know you've been on a long journey and have a lot of work," Putin said. "Russia and US relations have a lot of issues accumulated that require the highest-level meeting and I hope that our meeting will be productive."

When a reporter asked Biden if he trusted Putin, he seemed to nod -- though his communications director later said the President was not nodding in response to any particular question.

The leaders arrived -- Putin first, then Biden -- at the summit site on the shores of Lake Geneva in their motorcades shortly after 1 p.m. local time on a hot day in the Swiss city that has previously seen major talks between US and Russian leaders.

Biden arrived to the villa bolstered by support from Western allies he had spent the past week consulting ahead of his face-to-face with the Russian President, who arrived in Geneva on Wednesday morning.

In Biden's telling, those leaders all backed him in his decision to meet Putin now, in the first six months of his presidency, before he's had a chance to fully formulate a Russia strategy.

The Villa la Grange was a hive of activity in anticipation of the most closely watched meeting of Biden's young presidency. Security was tight, and the building itself had been spruced up with flowers, flags and a red carpet.

It's the kind of scene Biden had been itching for after he grew tired of pandemic-forced virtual meetings and phone calls. He wanted the benefit of seeing Putin in the flesh, in their first in-person meeting since 2011. Biden has recounted that during that meeting he told Putin, inches from his face, that he didn't believe he had a soul (Putin said in an interview this week he doesn't remember hearing that).

There are some areas where Biden thought he could work in harmony with Putin, including cooperation on nuclear arms and climate change and a shared interest in renewing the Iran nuclear deal.

But the areas of dispute far outnumbered those of agreement, and the bulk of the session was expected to focus on the myriad ways Biden believes Russia is violating international rules.

That includes a recent spate of ransomware attacks cutting across sectors in the United States, launched by criminal syndicates based in Russia. Biden also planned to raise human rights.

"The principle is one thing; it has to be backed up by practice," Biden said. "Responsible countries need to take action against criminals who conduct ransomware activities on their territory."

Biden said he had also raised interference in US elections, warning the US will respond.

He said they had also agreed on areas of mutual cooperation, including strategic stability and arms control measures. The group agreed to launch a "bilateral strategy stability dialogue" among military experts and diplomats.

"We'll find out within the next six months to a year whether or not we actually have a strategic dialogue that matters," Biden said.

Officials say that his approach, which he had outlined broadly before the summit, largely mirrors his overall tack with Russia up to this point -- one defined by careful calibration and intentional balance. There's no indication, at least publicly, that the approach has led to any shift in Putin's behavior.

The approach has plenty of critics -- including, two US officials say, within Biden's own administration. But it also served to lay the groundwork for the critical meeting with Putin himself. And it underscores why Biden, who aides say much prefers face-to-face meetings, decided to move forward with the summit idea in the first place.

This story has been updated with additional developments on Wednesday.