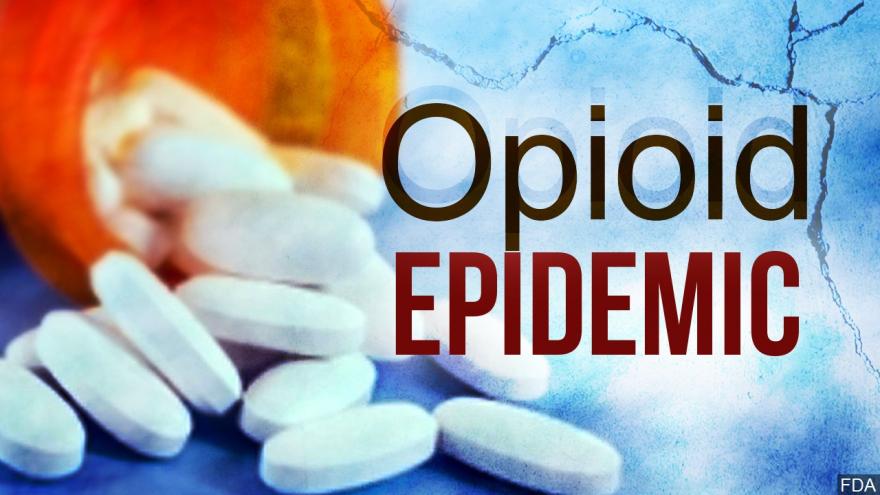 (CNN) -- Oklahoma Attorney General Mike Hunter on Tuesday will kick off a historic trial that will be the first major test in the nation of whether a state can make a pharmaceutical company pay for the opioid epidemic. The trial is expected to lay a road map for other states and municipalities in holding drugmakers accountable.

"We're very confident in what we believe will be a successful trial," Hunter told the nonprofit Bipartisan Policy Center earlier this month. "Sometimes businesses do bad things -- and this is one of those instances."

Hunter and his team have focused their efforts on Johnson & Johnson, alleging the company acted as a drug "kingpin," created a public nuisance and cost the state billions of dollars, destroying thousands of lives in the process. Johnson & Johnson and its parent company, Janssen Pharmaceuticals, have vehemently denied the allegations and said the public nuisance charge is being misused.

"Our actions in the marketing and promotion of these important prescription pain medications were appropriate and responsible," Janssen said in a written statement ahead of the trail. "The FDA-approved labels for these prescription pain medications provide clear information about their risks and benefits. The allegations made against our company are baseless and unsubstantiated."

Hunter has said his team scoured millions of documents from Big Pharma and conducted hundreds of depositions of officials that will prove his case. "We are even more convinced than we were when we began this enterprise that these companies are the proximate cause for the epidemic in our state and in our country," Hunter said.

The Oklahoma attorney general has long considered himself a Reagan Republican who believes in big business. But he said this case has made it clear to him that sometimes "companies do bad things" and when they do, a state's chief law enforcement officer must act to "protect the people of their state."

"When thousands of people die from drug overdoses attributable to prescription drugs, when you have hundreds of thousands of people who are addicted," Hunter said, "public nuisance law is the best and most efficient way for you to protect the people of your state."

Hunter filed the case in the summer of 2017. He scored two major settlements ahead of the trial: $270 million from Purdue Pharma, the maker of OxyContin, and another $85 million from Teva Pharmaceuticals, one of the biggest makers of generic drugs. The companies settled without admission of any wrongdoing.

The Oklahoma trial is the first major trial of nearly 2,000 cases around the country in which states, cities and hard-hit local municipalities are seeking to hold opioid makers accountable for the epidemic that has left hundreds of thousands of Americans dead and strapped resources in every state.

The case will be heard by state judge Thad Balkman, who is allowing cameras to televise the trial live.

"It's always important when it's the first trial of this sort," said Carl Tobias, a law professor at the University of Richmond. "It could provide a road map for other states in pursuing relief from the companies they want to hold responsible."

He said legal scholars were paying close attention to it because of the precedent the case could set, including impacting a federal trial later this year that has folded together more than 1,500 cases. He said Purdue and Teva clearly didn't want the Oklahoma case to reach trial due to the potential of being held responsible for billions of dollars in damages if they had gone before the judge.

Tobias also said the Oklahoma attorney general's decision to pursue a public nuisance accusation against Johnson & Johnson is an interesting one because the charge is typically reserved for environmental cases, such as toxins spilling into a river by a company.

"This is an interesting twist on the idea of public nuisance," Tobias said.

In a statement to CNN, Johnson & Johnson vowed to vigorously defend itself. The company said public nuisance disputes in Oklahoma have often been limited to "disputes involving property or public spaces -- for example, to remedy an intrusion from an overgrown hedge."

"The State ignores this well-established law and now argues that public nuisance allows them to compel any party allegedly contributing in any measure to a social problem to fund all programs that state administrators dream up to address it," the company said. "This is not and should not be the law. It threatens every company and industry doing business in the State of Oklahoma."

In one filing, the Oklahoma attorney general said his case will demonstrate that Johnson & Johnson "acted as the kingpin behind this Public Health Emergency, profiting at every stage."

"The public," Hunter said, "deserves to know the face and name of the source, supplier and kingpin responsible for flooding and infecting this country with an unprecedented surplus of deadly drugs -- J&J, a 'family company.'"

Although Johnson & Johnson is best known for its baby powder, the company for years marketed the extended-use opioid pill Nucynta, which it sold for $1 billion in 2015.

Hunter said the public deserves to know whether the company deliberately targeted children, the elderly and veterans for opioid painkillers, and whether it blocked legislation and regulatory action aimed at limiting opioid availability. In its statement, Johnson & Johson said the company "did not market opioids to children, and the State's suggestion to the contrary is false and reckless."

Hunter also alleges that Johnson & Johnson used two subsidiaries, Tasmanian Alkaloids and Noramco, that "created, grew, imported and supplied to J&J and its other co-conspirators, including Purdue, the narcotic raw materials necessary to manufacture the opioid pain medications thrust upon the unsuspecting public since the 1990s."

Johnson & Johnson called such accusations false. "The State ignores basic facts. Johnson & Johnson did not manufacture, sell, or market the FDA-approved medicines made by other companies that used Noramco" active pharmaceutical ingredients.

The judge has set aside two months for the trial.

“Oklahoma Attorney General Mike Hunter incorrectly associated a critical part of our trademark tagline, “A Family Company,” when referencing Johnson & Johnson in the state’s opioid legal filing. SC Johnson is a separate, privately-held company and has never had any family or business connection with Johnson & Johnson. SC Johnson does not manufacture or sell pharmaceutical products. The comment does a disservice to the goodwill earned by generations of SC Johnson people and our iconic brands.”