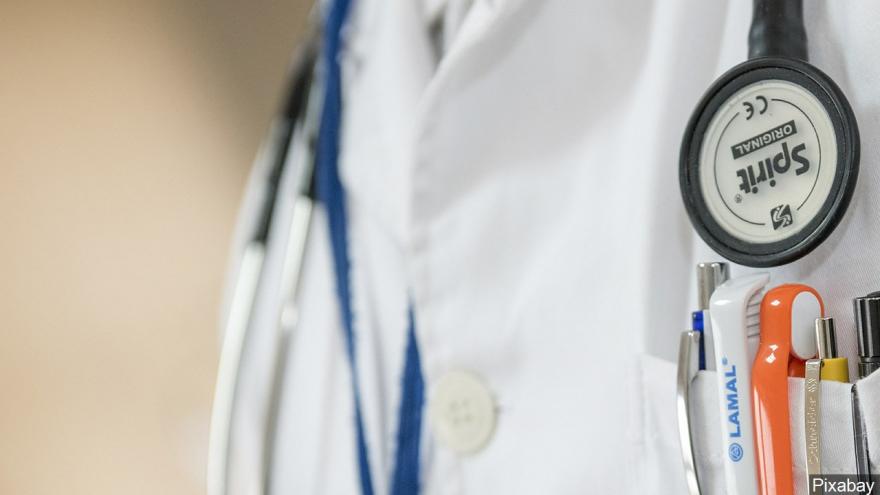 (CNN) -- If you are about to sneeze -- even if you are in a quiet place -- doctors would advise you to let it rip. A 34-year-old unnamed man in Britain learned that lesson the hard way and had to spend two weeks in the hospital due to his resulting injury. That's according to a case report with the cringe-inducing title "Snap, crackle and pop: when sneezing leads to crackling in the neck." The report was published Monday in the medical journal BMJ Case Reports.

According to the report, this "previously fit" man pinched his nose and kept his mouth closed during a "forceful" sneeze. He later told doctors he immediately felt a popping sensation in his neck. He didn't notice any problems right away, but a couple of hours later he felt pain in his throat and neck. When it became swollen and his voice changed, he took himself to the hospital.

"This 34-year-old chap said he was always trying to hold his sneeze because he thinks it is very unhygienic to sneeze into the atmosphere or into someone's face. That means he's been holding his sneezes for the last 30 years or so, but this time it was different," case report author Dr. Wanding Yang said. She works in the department of ear, nose and throat at at the University Hospitals of Leicester NHS Trust.

Initially, doctors saw swelling in his neck and when they examined the soft tissue they heard popping and crackling. Yang said that meant there were air bubbles getting into the man's muscles and deep into his tissue.

Scans confirmed the problem. The tests showed actual streaks of air in the retropharyngeal region and extensive surgical emphysema in the neck anterior to the trachea. In other words, by trying to hold in his sneeze, he actually blew a small hole in his throat.

"Luckily, it was a very small perforation," Yang said. "He didn't need any operation."

When you sneeze, it's your body's protective reflex to get rid of an irritant that has gotten into your nose. With a sneeze, a significant amount of air pressure builds up in the lungs and forces its way through the nasal cavity to get rid of that irritant.

A sneeze can propel mucous droplets at a rate of 100 miles an hour. If you hold a sneeze back, that pressurized air will need to go somewhere. In this case, it injured the tissue in the man's throat. In past cases, doctors have also seen a stifled sneeze cause sinus problems, middle and inner ear damage, ear infections and a ruptured ear drum.

The patient was given antibiotics and had to be fed through a tube, which was removed after seven days. His symptoms got better while he rested and gradually he was able to eat soft food.

This kind of sneezing injury is unusual, according to the report. Doctors have seen patients with similar injuries after coughing heavily or after vomiting forcefully.

"It is a rare injury that we would more likely see with trauma, like if someone were to be in a car accident or was injured with a gunshot or knife, or if they swallowed something sharp," said Dr. Adam M. Klein, who did not see the British patient and was not involved in the study. Klein is the director of the Emory Voice Center and chief of the division of laryngology in the department of otolaryngology.

Klein said if you are worried about spreading germs with your sneezes, rather than hold it in, the best thing to do to avoid injury is to let it out. If you don't have a tissue, sneezing into the crook of your elbow, rather than onto your hand, is "a good practice."

The good news for this patient is that there was no permanent damage. Doctors did advise the man not to pinch his nose closed for future sneezes and they advise others to heed the same advice.

"Halting sneeze via blocking nostrils and mouth is a dangerous maneuver," the report recommended. It "should be avoided, as it may lead to numerous complications."