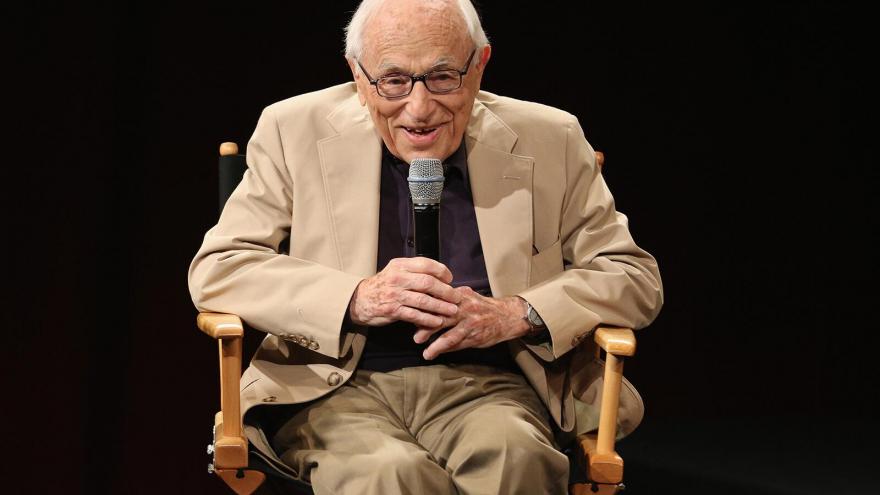 Hollywood screenwriter Walter Bernstein dies at 101. In this image, Bernstein attends an Academy panel on June 7, 2016 in New York.

(CNN) -- Walter Bernstein, the Oscar and Emmy-nominated screenwriter, passed away at his home in Manhattan on Saturday at the age of 101, his widow, Gloria Loomis, told CNN.

He died of pneumonia, Loomis said.

Bernstein was best known for being blacklisted during Hollywood's "Red Scare" of the 1950s. Caught up in the anti-communist movement punctuated by Sen. Joseph McCarthy's notorious allegations against the US State Department, Bernstein wrote under pseudonyms for years.

He also published with the help of friends and associates known as "fronts," who listed their names as the supposed authors of Bernstein's work.

Bernstein reemerged as a screenwriter for the 1959 film "That Kind of Woman," starring Sophia Loren and directed by Sidney Lumet.

His career rebounding, Bernstein's highlighed works throughout the 1960s and '70s included "Fail Safe," "Paris Blues," "The Molly Maguires," and "Yanks." Bernstein also worked on "Something's Got to Give," the ill-fated Marilyn Monroe picture that was never completed due to her death in August 1962.

He gained a Best Original Screenplay Oscar nomination for "The Front," a 1976 film starring Woody Allen that satirized the McCarthyism-era impact on writers in the industry.

"Walter was a wonderful guy; bright, talented, witty and politically courageous," Allen said in a statement to CNN.

In 1997, Bernstein was nominated for an Emmy writing award for "Miss Evers' Boys," an HBO movie about the infamous Tuskegee syphilis experiments.

Before his successes in screenwriting, Bernstein attended Dartmouth College, served in World War II as a correspondent for the military newspaper Yank, and wrote for The New Yorker.

Bernstein had been a longtime member of the Writers Guild of America, East union, which named an award after him in 2017 intended "to honor writers who have demonstrated with creativity, grace and bravery a willingness to confront social injustice in the face of adversity."